The 2015 Shawnee Open was held October 23 and 24, 2015.  Thanks to all the players for helping to make this event a success. Thanks to Phil C. for all his work preparing and running the event. Thanks to Free State Brewery and Torn Label Brewery for donating prizes. And thanks to Dave, Cory, and the Pizza West Crew and servers for their hard work and making all this possible in the first place. 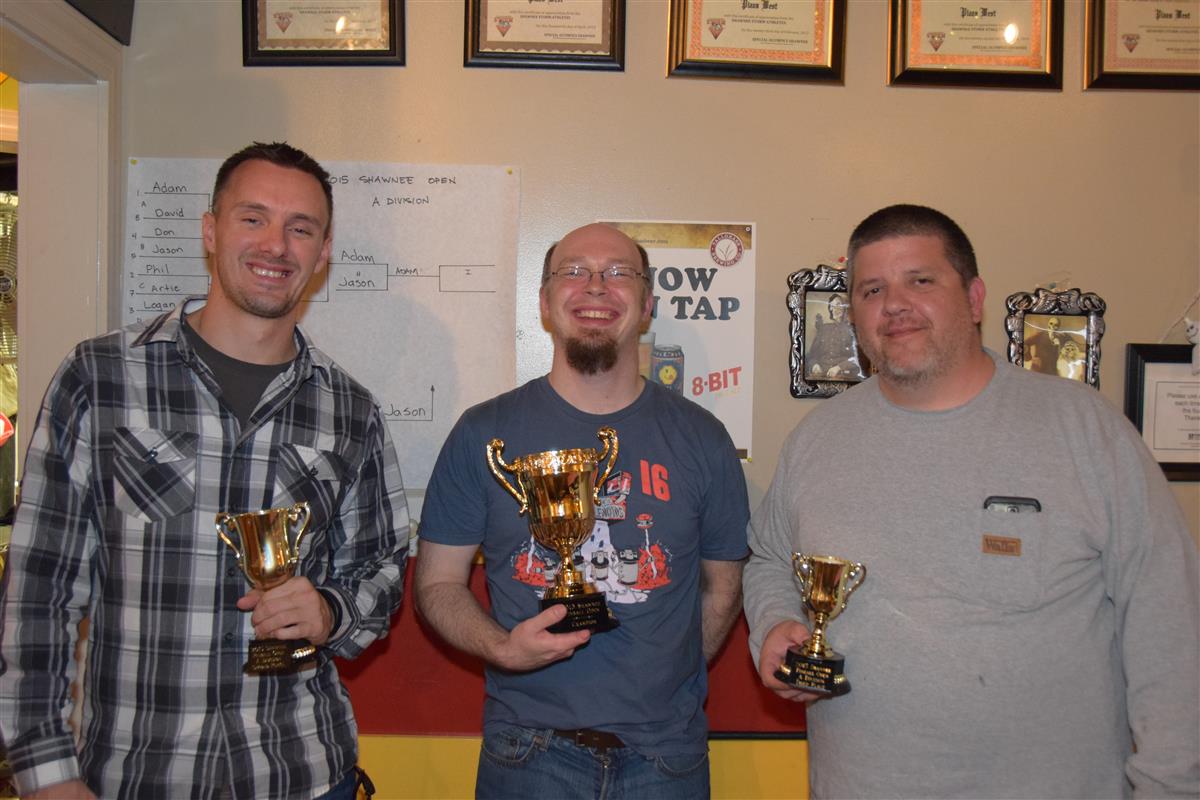 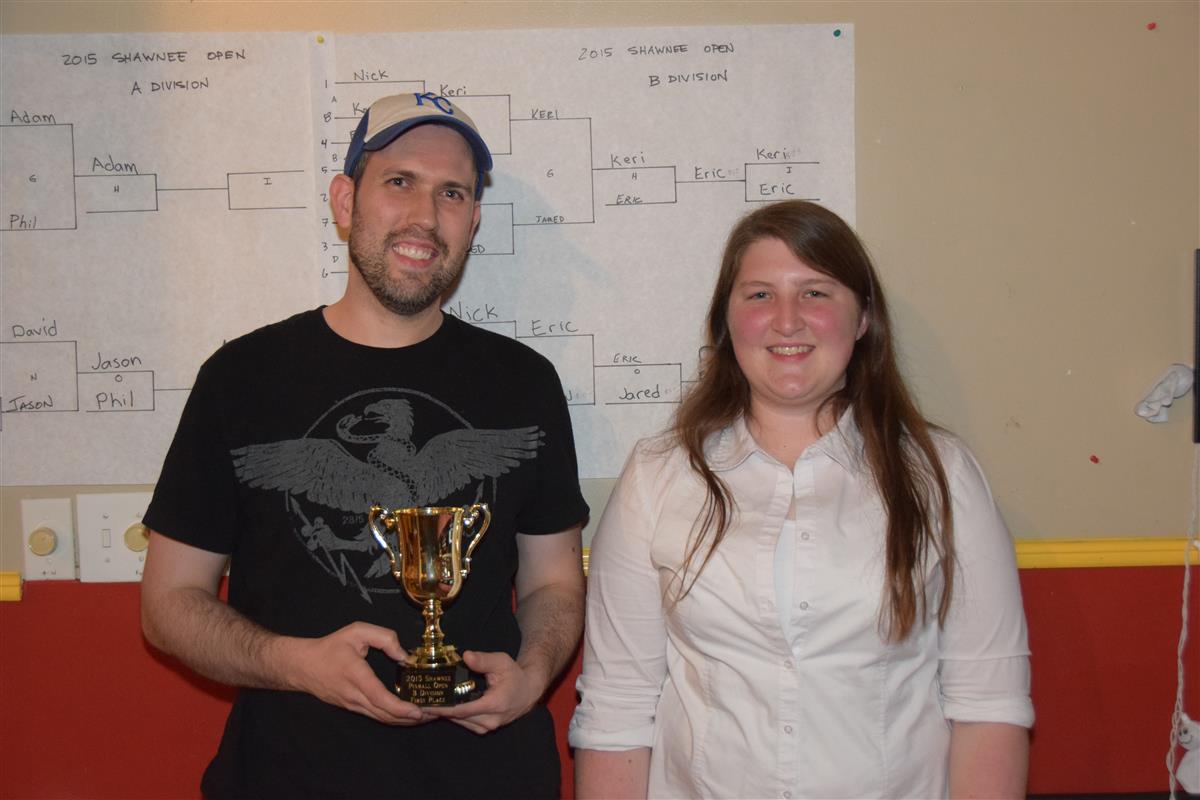 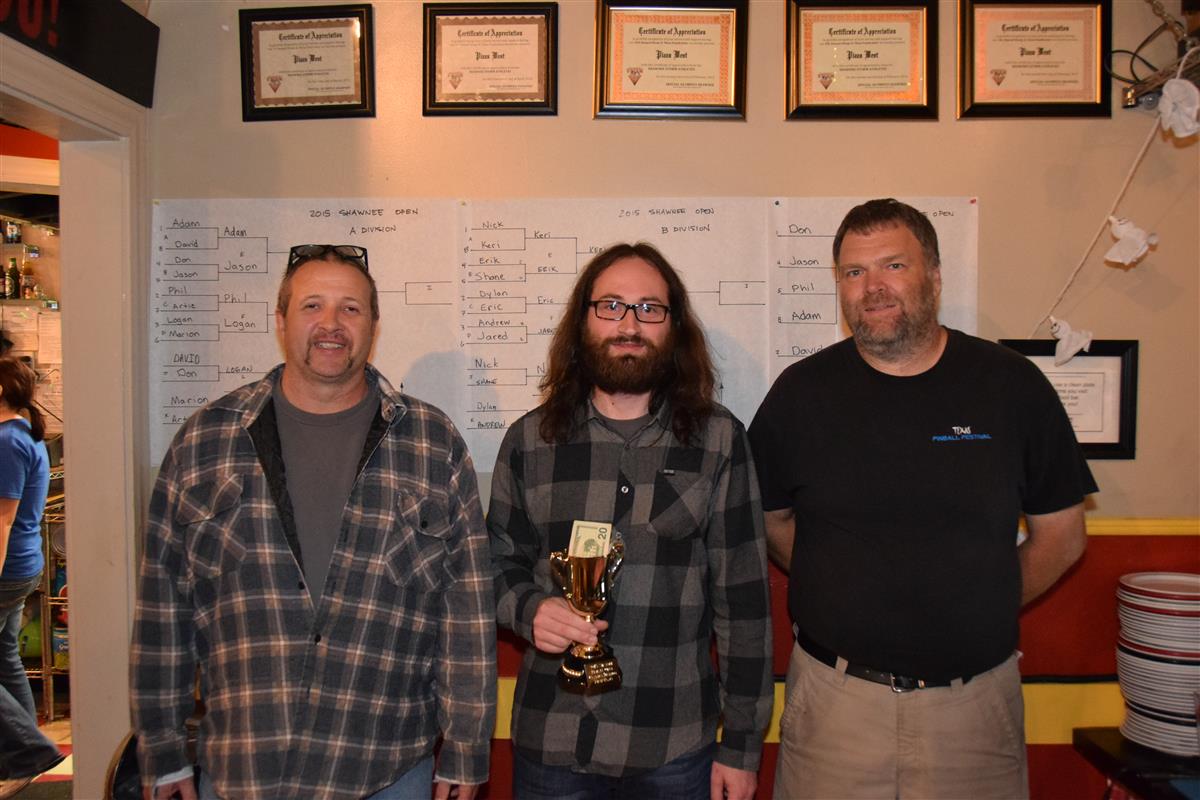 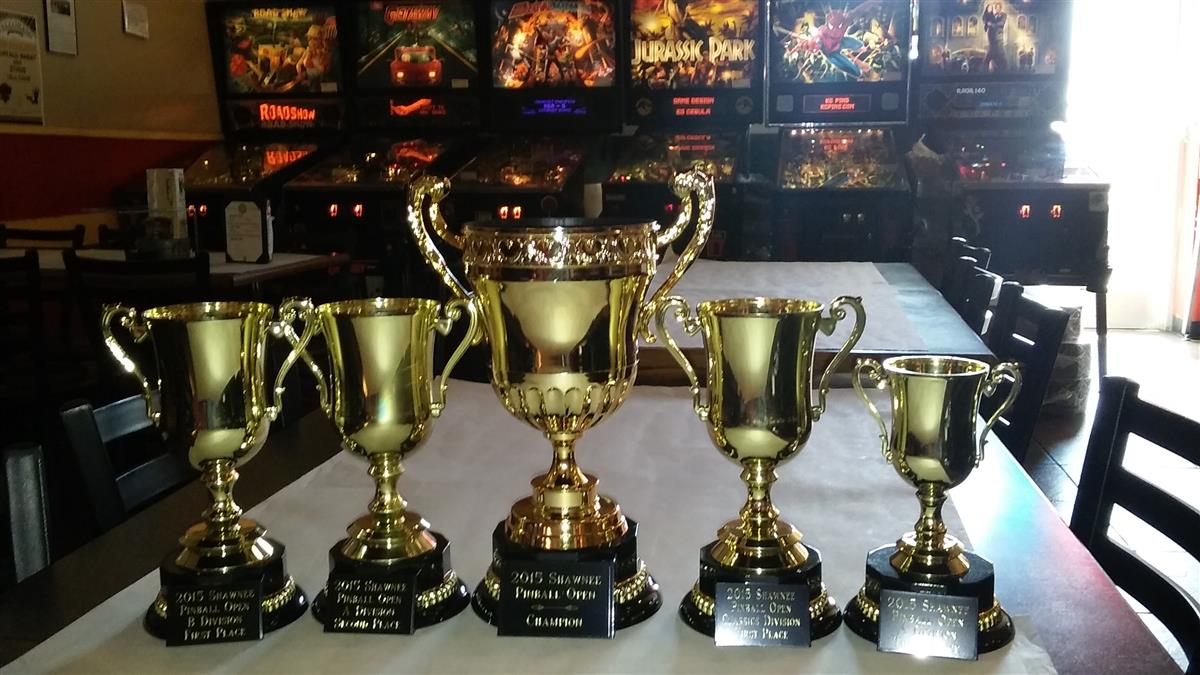 Prizes and trophies were awarded in addition to cash payouts.  Thanks to Free State Brewery and Torn Label Brewery for their generosity.  I only have a photo of the trophies, I don’t have photos of the prizes this year but the breweries donated T-shirts, metal signs, stickers, and bottle openers.