Thanks to all the players for helping to make this event a success.  Thanks to Phil C. for all his work preparing and running the event.  Thanks to Todd Svec of Big Daddy Enterprises and Cliff Rinear for donating prizes.  And thanks to Dave, Cory, and the Pizza West Crew and servers (Ed, Dawn) for their hard work and making all this possible in the first place. 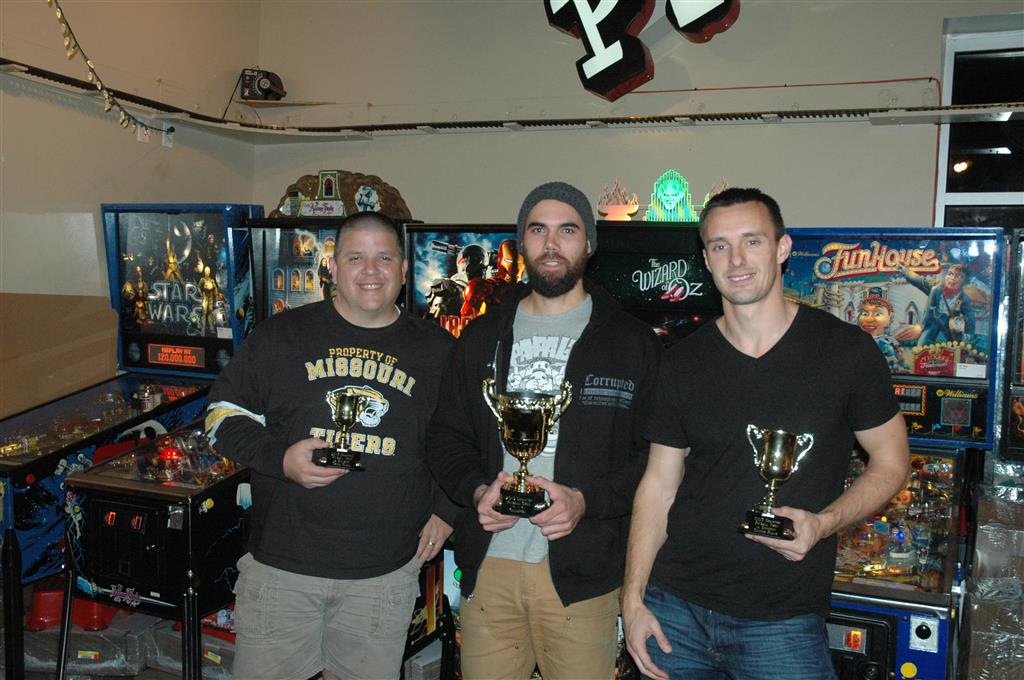 The final match was amazing. I wish I had a video of it. It was on Iron Man and after ball 2 both players had 19m points and were separated by only a few thousand. It was basically one ball to win it. Maka started Jericho and that ended up being what sealed the deal. I don’t remember the final scores, but they were great scores on Iron Man by any standards. Add to it that it was the final match of the tournament and it was really special. 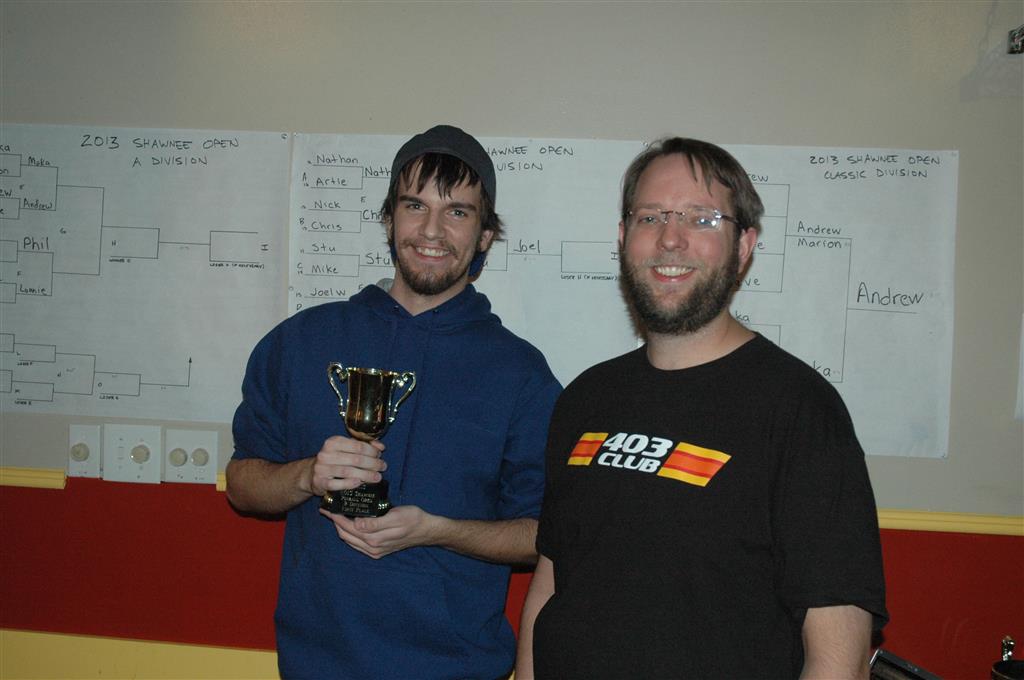 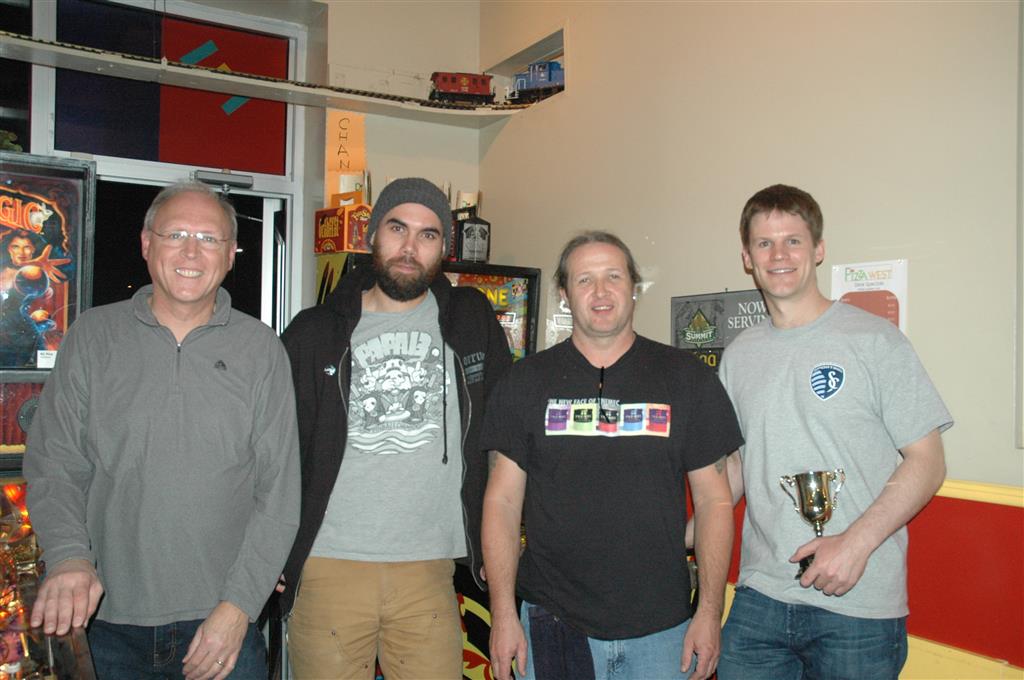 Some of the prizes (posters not shown): 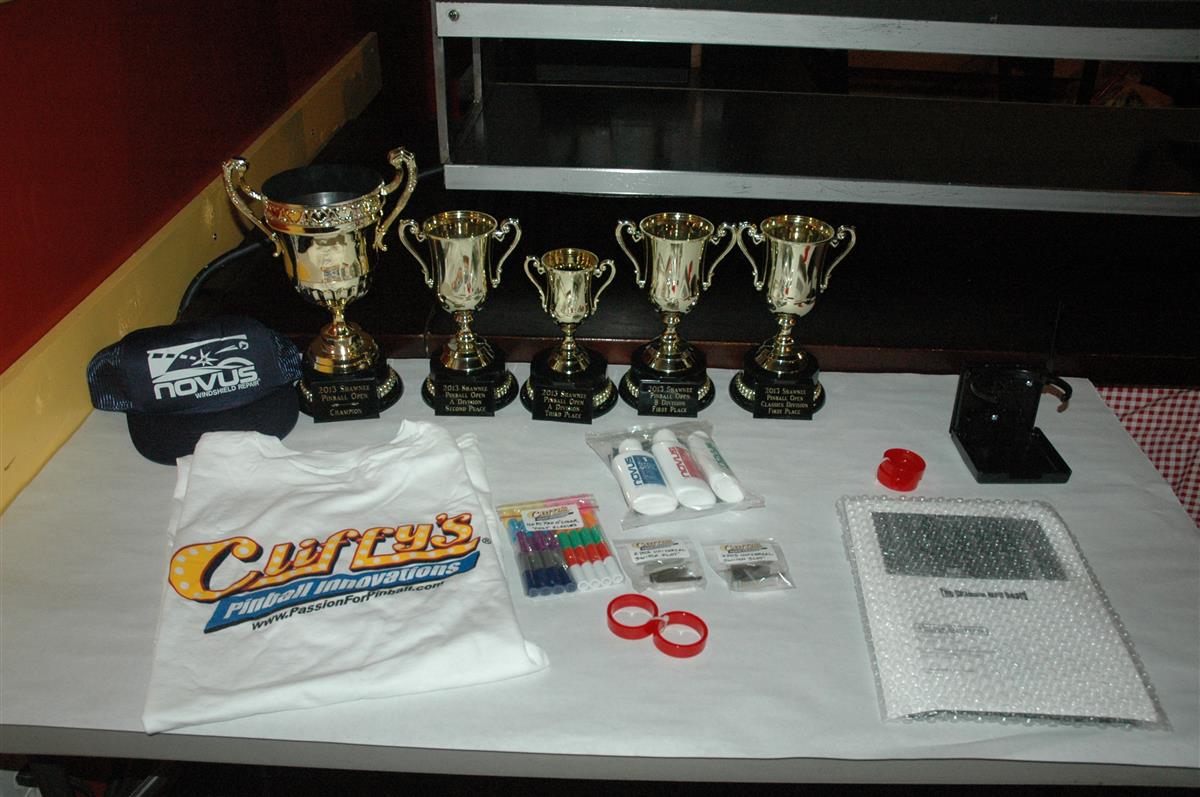 Thanks to Todd Svec for arranging donations of the Alltek MPU, Novus, posters, and other support.  Thanks to Cliff Rinear for his generous donations to the prize pool.

Taylor B. won the Alltek MPU.  I’m sure him and his dad have plans for it! 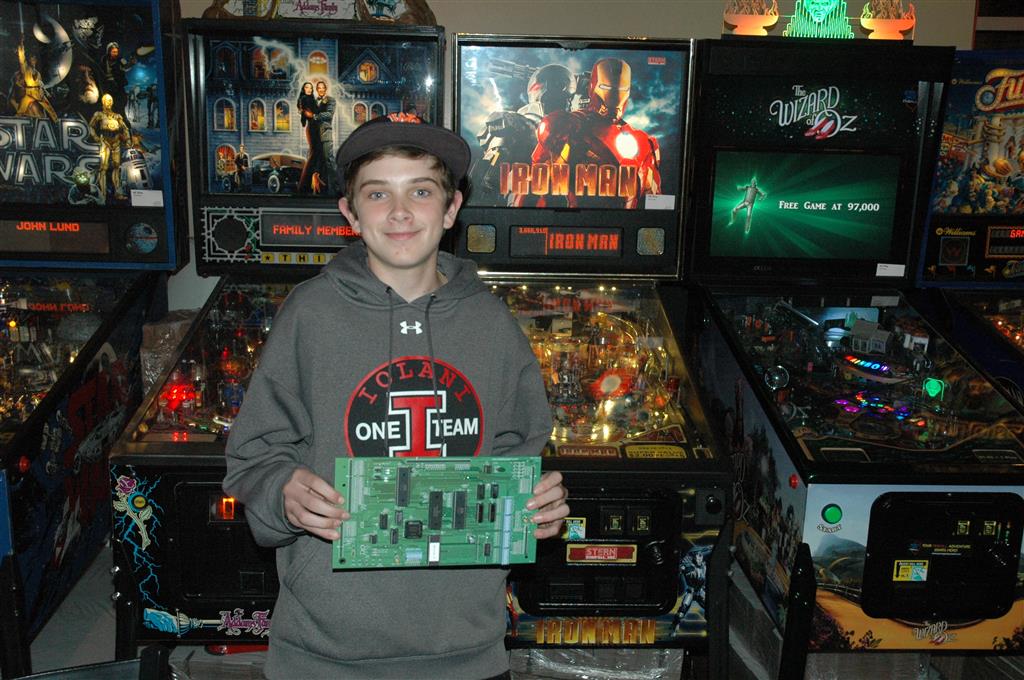