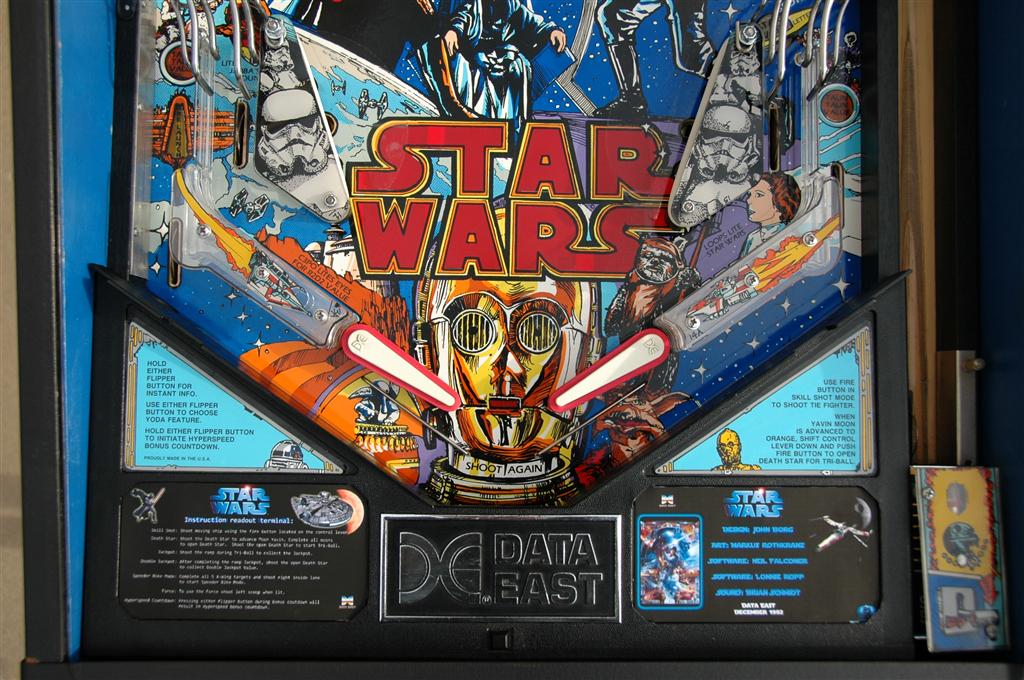 I haven’t posted a repair in a while, I just haven’t had the time to document and write up what I’ve been doing.  This one was quick and easy so I figured I’d post it.  My Star Wars in Pizza West seemed to be randomly closing switches, one of which was the slam tilt.  When that happens, it is game over and the machine reboots.  Obviously it wasn’t playable.

It was acting like this was a playfield issue.  In the switch test portion of the diagnostics, if I banged on the cabinet a bunch of switches would close.  Data East’s diagnostics isn’t as easy to find rows and columns closing as William’s WPC system.  When I’d bang on the cabinet, I couldn’t find a set pattern of a row or column closing.  I figured I had a short somewhere, but it was a Saturday night and I didn’t have the time to dig into issues.  I did a quick check for stuck switches or a short and couldn’t find anything.  I shut the game down for the evening.

Sunday morning I started looking in depth.  Luckily the problem reared its head pretty quickly.  I started at the top of the playfield and began looking at all the switches.  Right off the bat I noticed this: 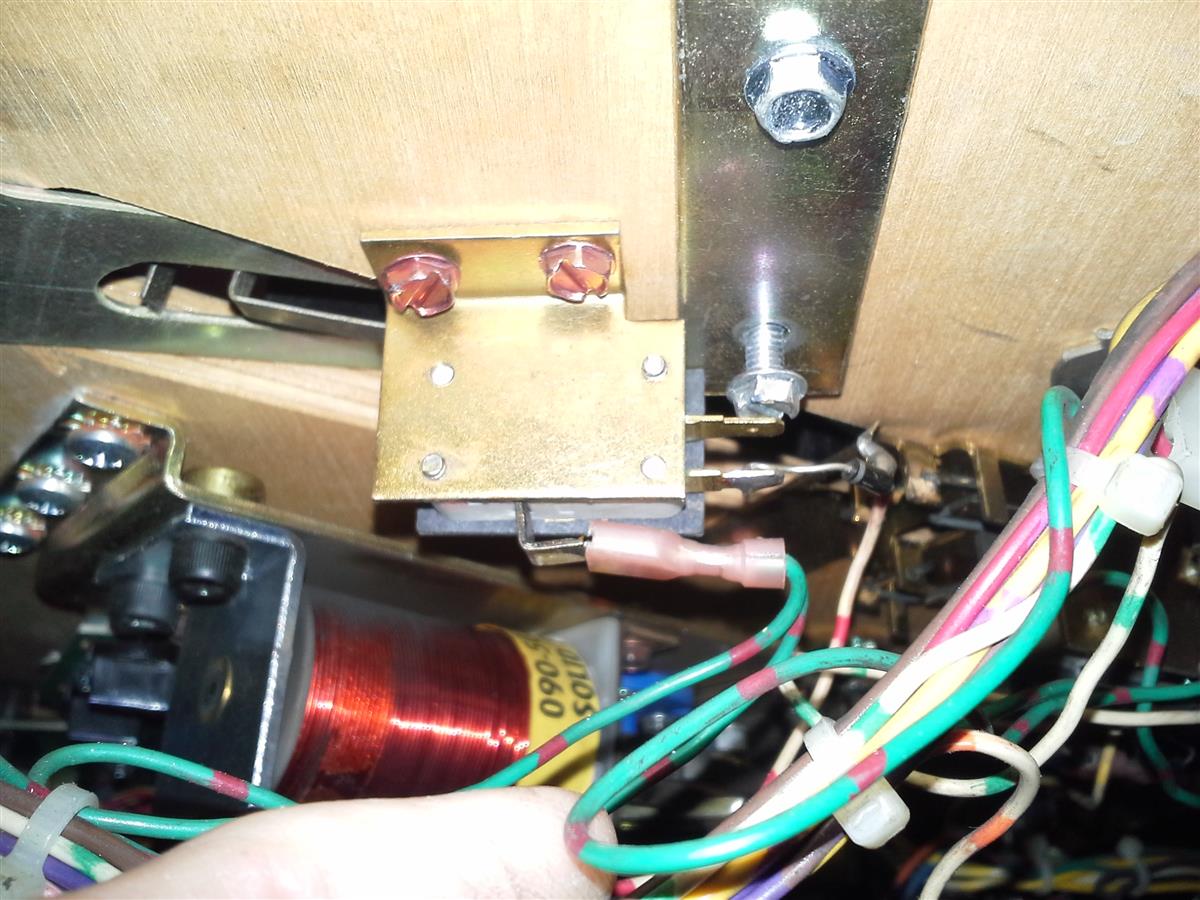 This is the outhole switch.  Above it is a playfield bracket that supports the front of the playfield.  A bolt had come loose and was grounding the outhole switch.  Tightened it up, played a bunch of games, and all was good.  I had visions of having to spend a bunch of time to track down a short or shorted diode and instead had it going in about 5 minutes.  They certainly all aren’t this quick and easy!