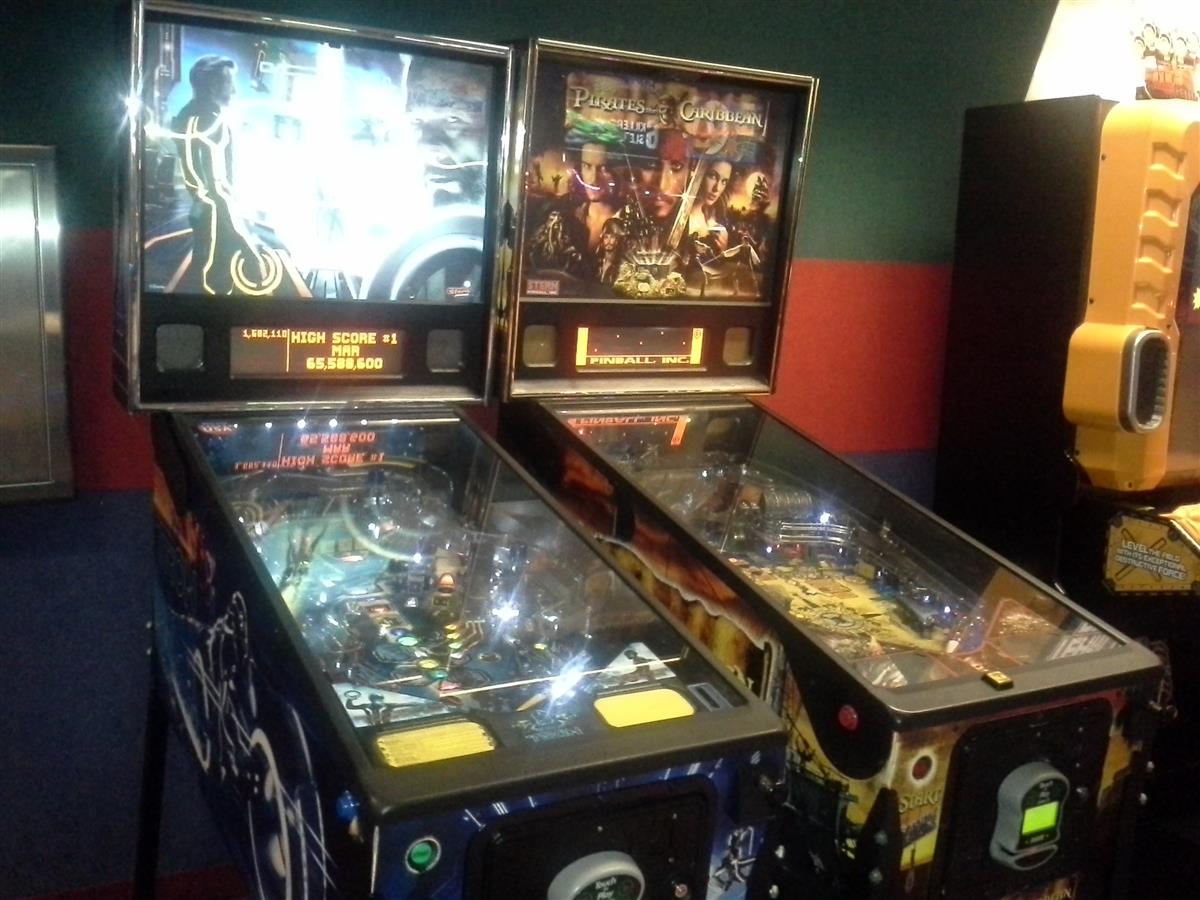 I went to Disney World right after the New Year and found a few pinball machines.  I didn’t go out of my way to look for games, but here’s some information on what I did find.

We stayed at the Caribbean Beach Resort.  They have an arcade in their common area, Port Royale.  Port Royale is where the food service is located as well as the concierge, gift shop, the big pool, and other amenities.  The arcade mainly had sit down driving games, a couple air hockey tables, skeeball, and a few prize games.  The two pins as seen above were Tron and Pirates of the Caribbean. 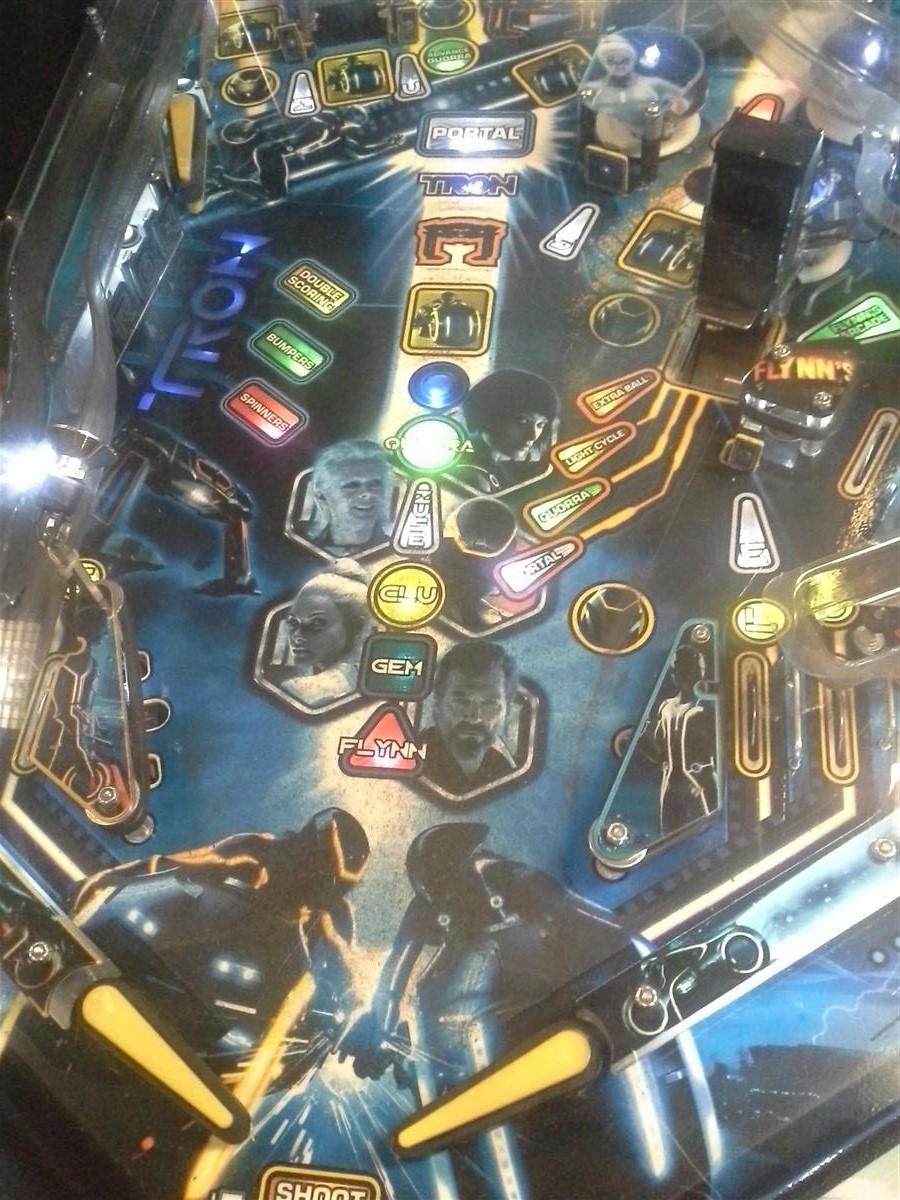 Tron played pretty good, everything seemed to work and the flippers were fine.  It was dirty.  The main issue with it was that it leaned quite a bit to the right.  It was annoyingly bad and you really had to adjust for it when playing.  Despite that I played quite a few games on it. 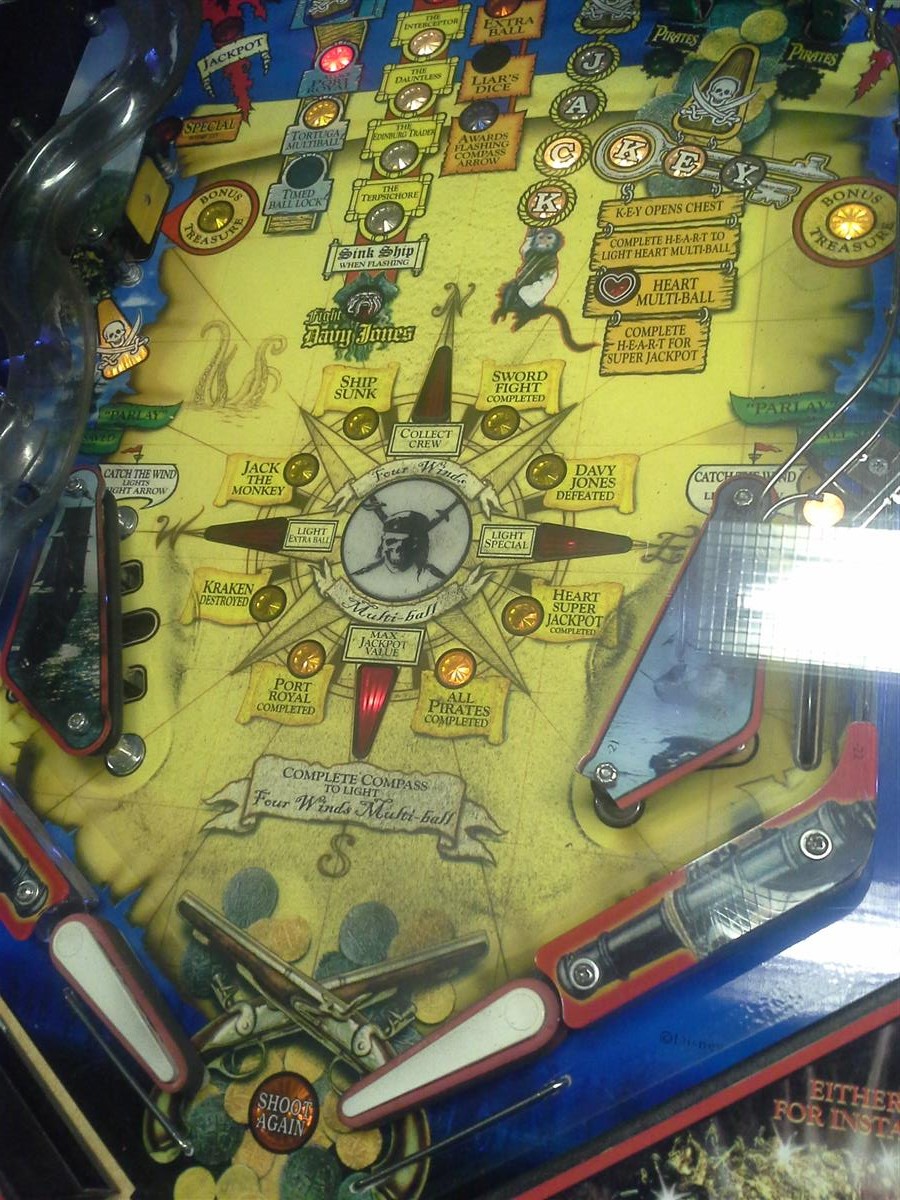 Pirates of the Caribbean didn’t fare so well.  It also was dirty, no surprise.  But it had no general illumination at all.  That wasn’t a big issue because there was a blindingly bright light directly above the game.  You had to adjust your stance and crouch to be able to see the ball at the flippers.  The ship seemed to work, but the left flipper had an issue where it would occasionally drop when in the hold position.  It was intermittent and it was hard to compensate for it.

In summary, not the best pinball experience at the resort.  If Tron was level, things would have been a lot better.

The games at the Space Mountain Arcade were a nice change. 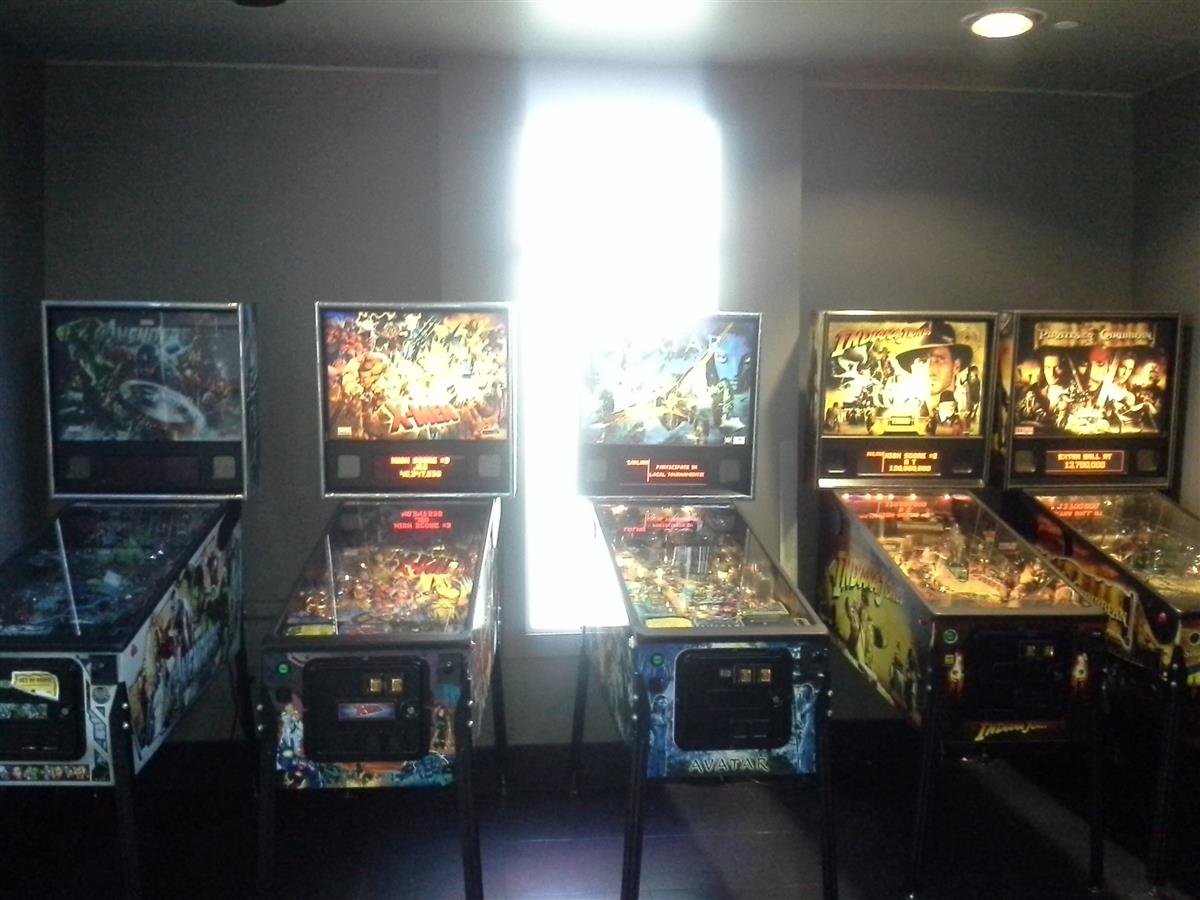 They were clean and looked nice.  The lineup was Avengers, X-Men, Avatar, Stern Indiana Jones, and POTC.  Avengers was out of order the three days I checked.  I played X-Men, Avatar, and Indy.  I’m not a big fan of POTC so I didn’t play it, I wanted to check out the other games first. 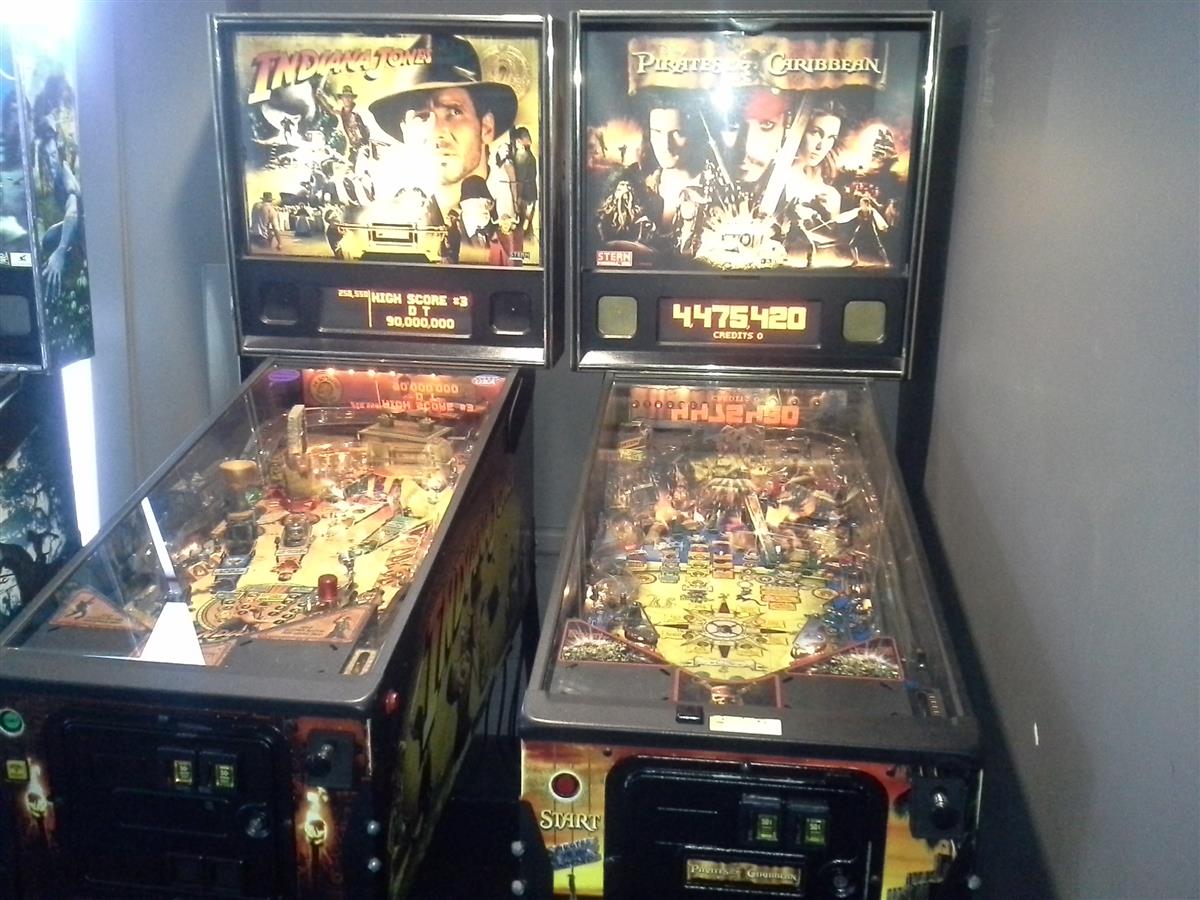 I played Indy the most.  No big issues.  The magnet had a huge indention around it and the core stuck way up, making it hard to hit the Ark.  I managed to start the Ark multiball but it was kind of challenging.  The main issue was the bright light overhead that meant you had to crouch to see the ball at the flippers. 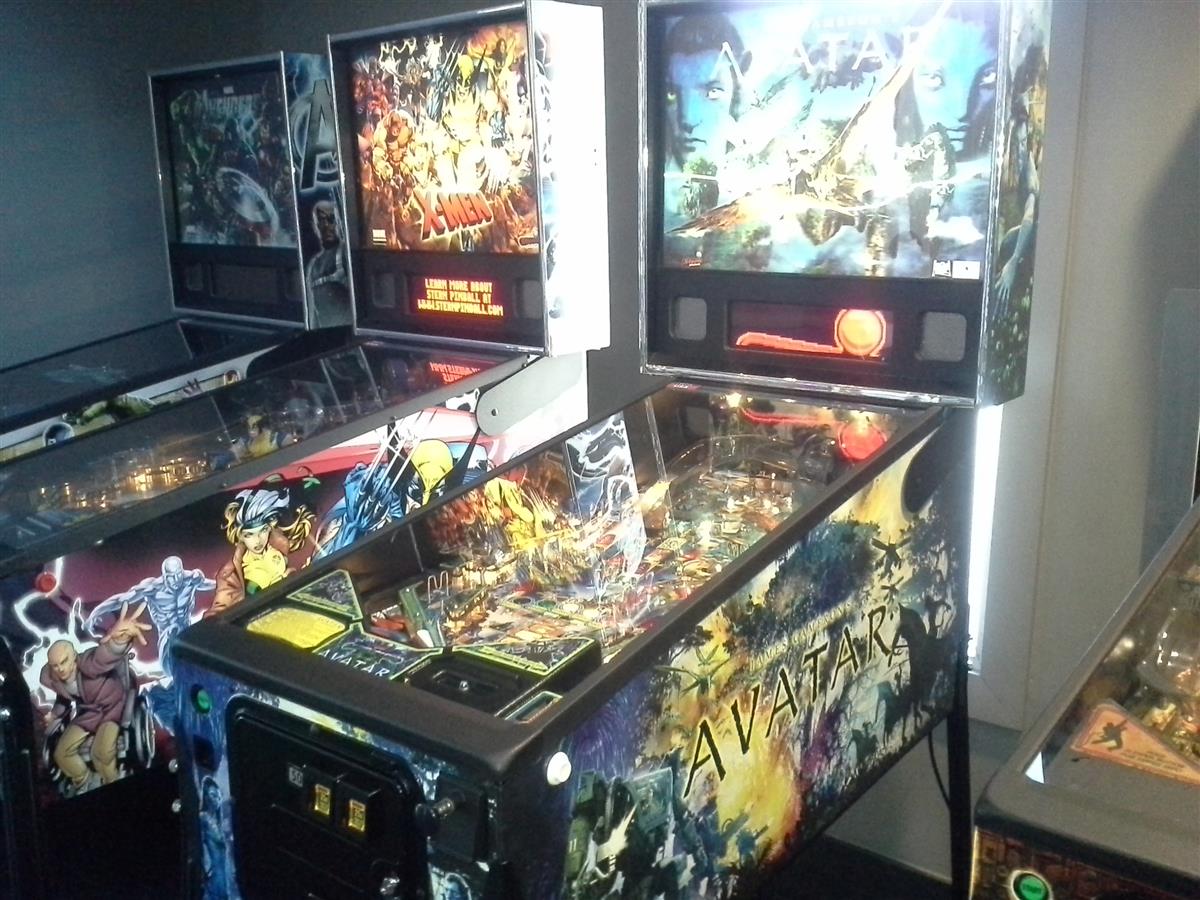 I only put a single game on Avatar and X-Men.  They seemed to play fine.  By this time the family was ready to move on.  I would have liked to play Avengers as I’ve never had a chance to spend any time on it.

I found it interesting that the games in the Space Mountain Arcade took quarters.  The games in the resort used a card system and I expected the same at Space Mountain.  There was also an arcade at a pizza restaurant in the Hollywood Studios park.  No pinball machines though, mainly driving games.

So my suggestion right now is if you are going to Disney World, check the games at the Space Mountain arcade.  They seem to be pretty well maintained and in good shape.