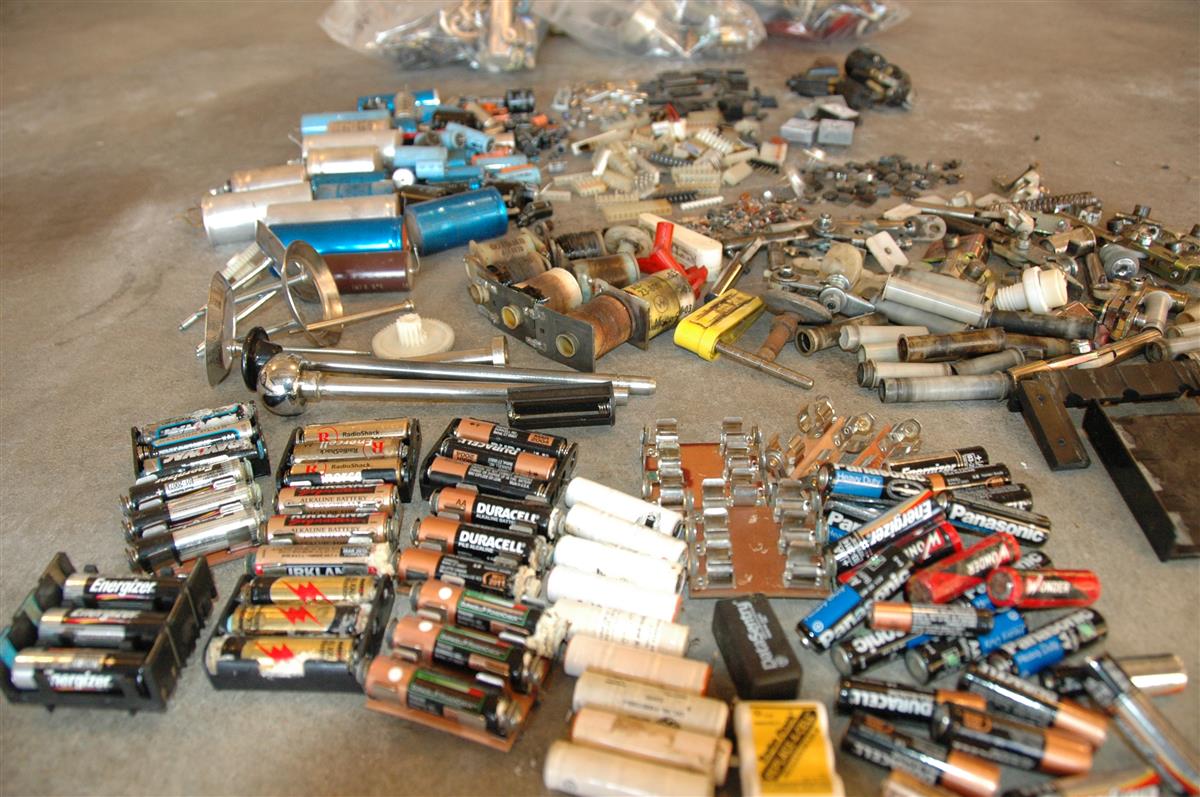 I decided to save parts from the repairs I performed this year.  Above is an overview of the pile from 2013.This isn’t everything.  You aren’t seeing rubber (rings, flipper rubber, shooter tips), bulbs, and a few other miscellaneous parts.  Trust me, there was a LOT of rubber and bulbs replaced during the year.  The parts on the floor (not in the bags) are primarily from in-home repairs.

I know this isn’t all the batteries I replaced as a bunch got thrown away.  That being said, below is the battery graveyard that I have for the year.  I remote mount batteries or install a coin cell battery (non-WPC games) unless the owner requests that I leave the batteries on the board. 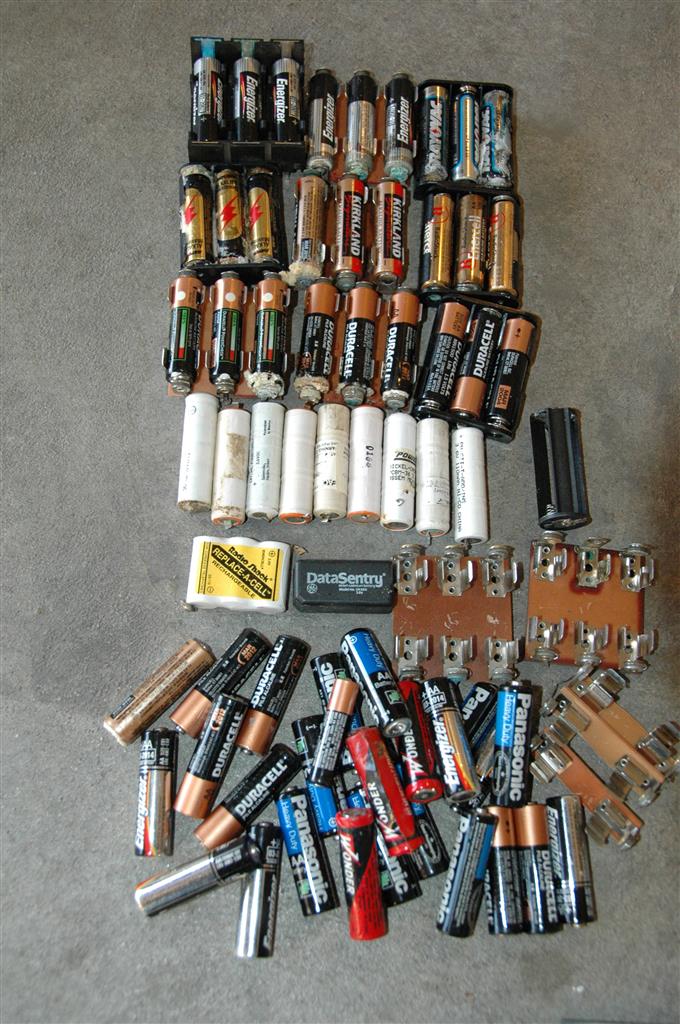 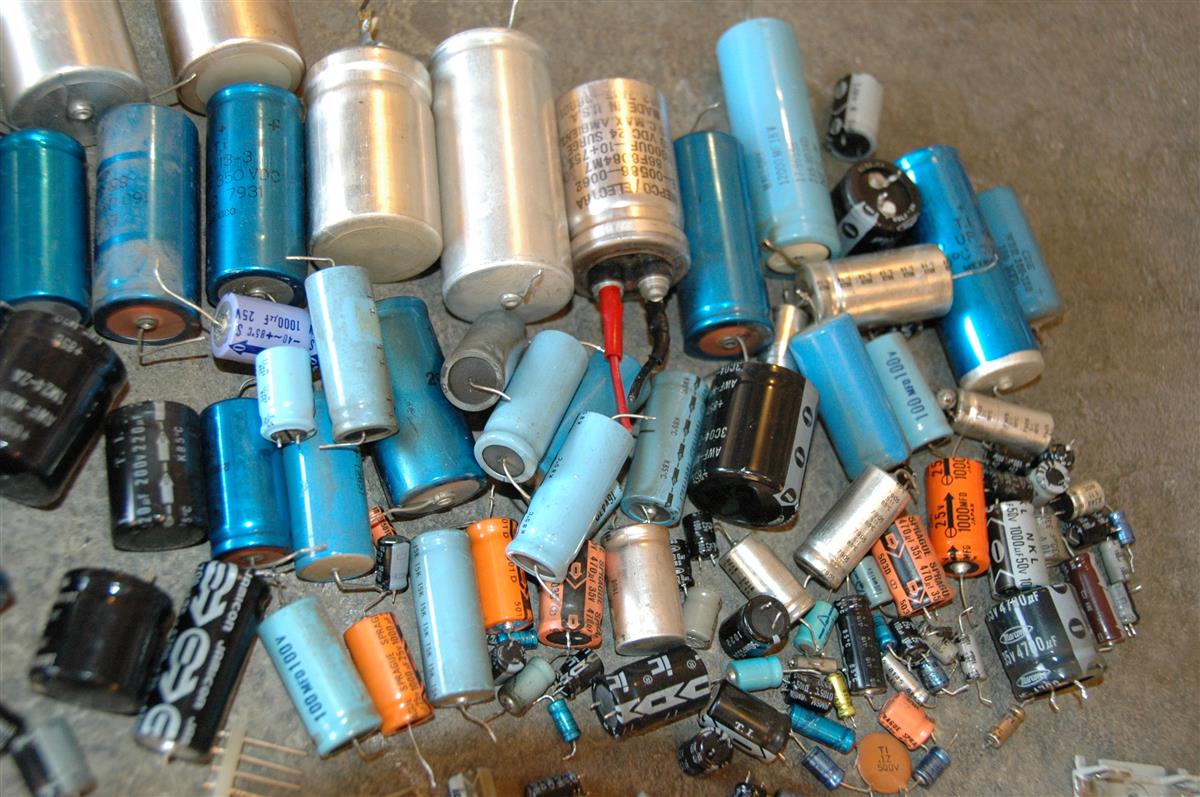 I was surprised how many connectors I had to replace.  Connectors are probably my least favorite thing to fix. 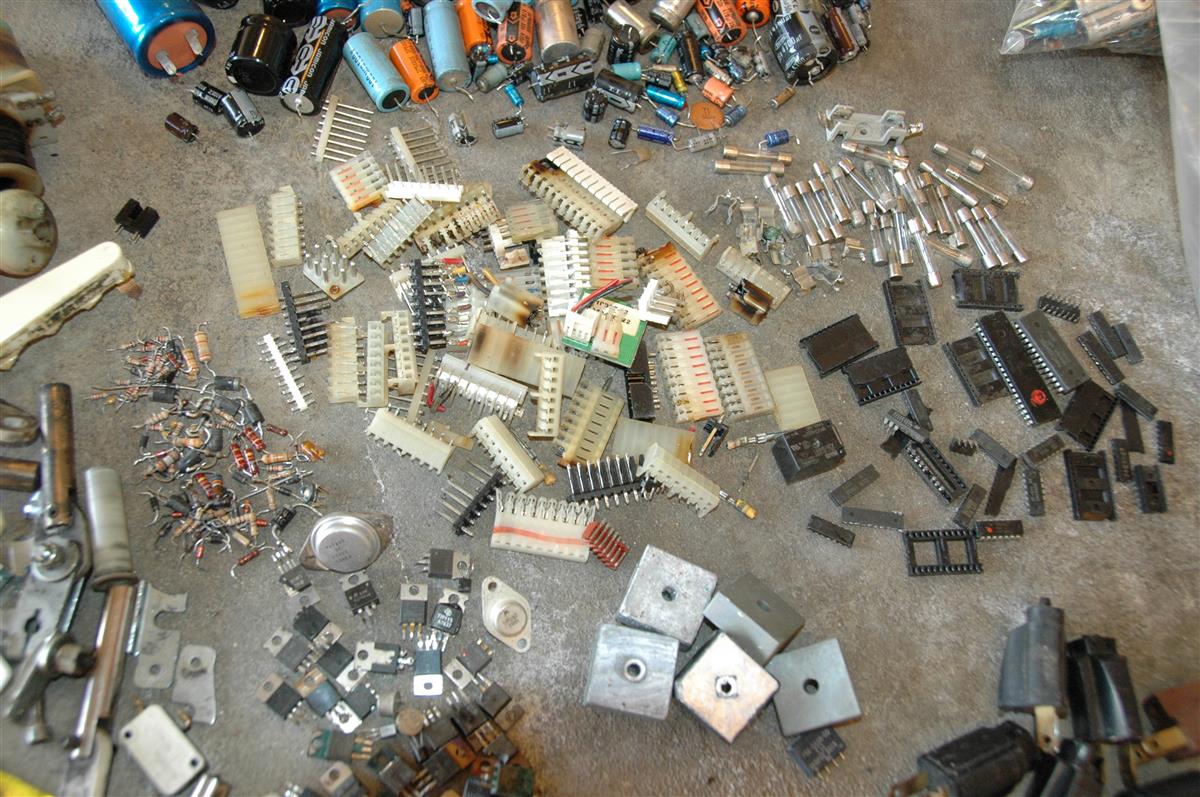 Below is an overview of a lot of the mechanical stuff, and coils.  Doesn’t seem like there was as much flipper related stuff as usual. 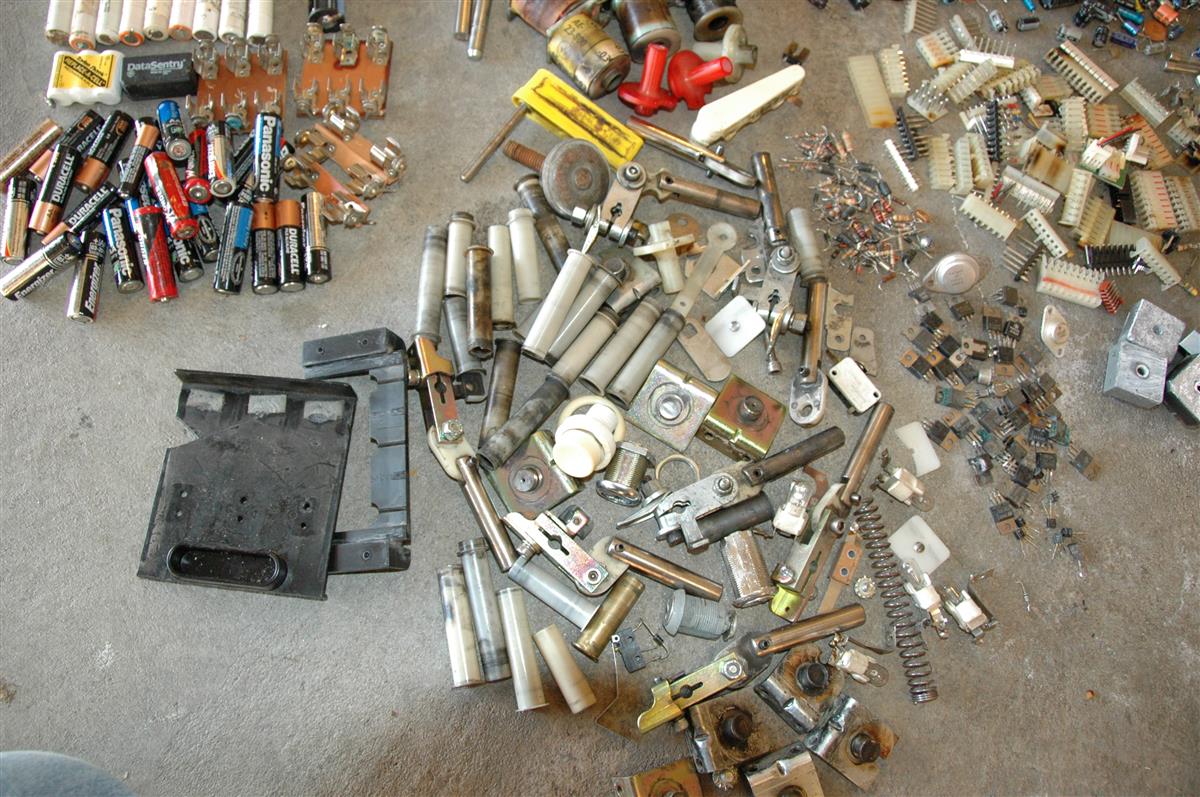 Diodes, and resistors on the upper left.  Transistors, bridges, plugs, ICs, and sockets. 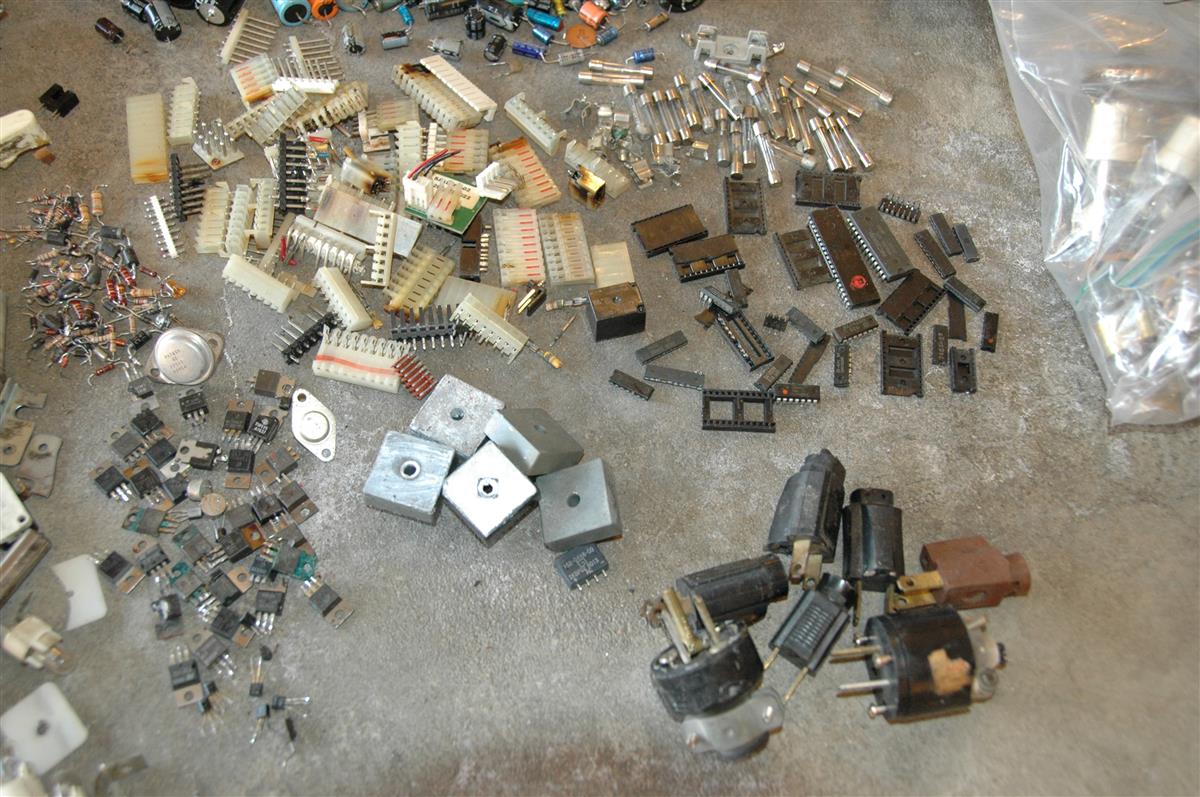 The bags are from games I rebuilt during the year.  I didn’t want to spread all that stuff out on the floor.  There’s a bunch of stuff in the bags, but they also contain rings and bulbs. 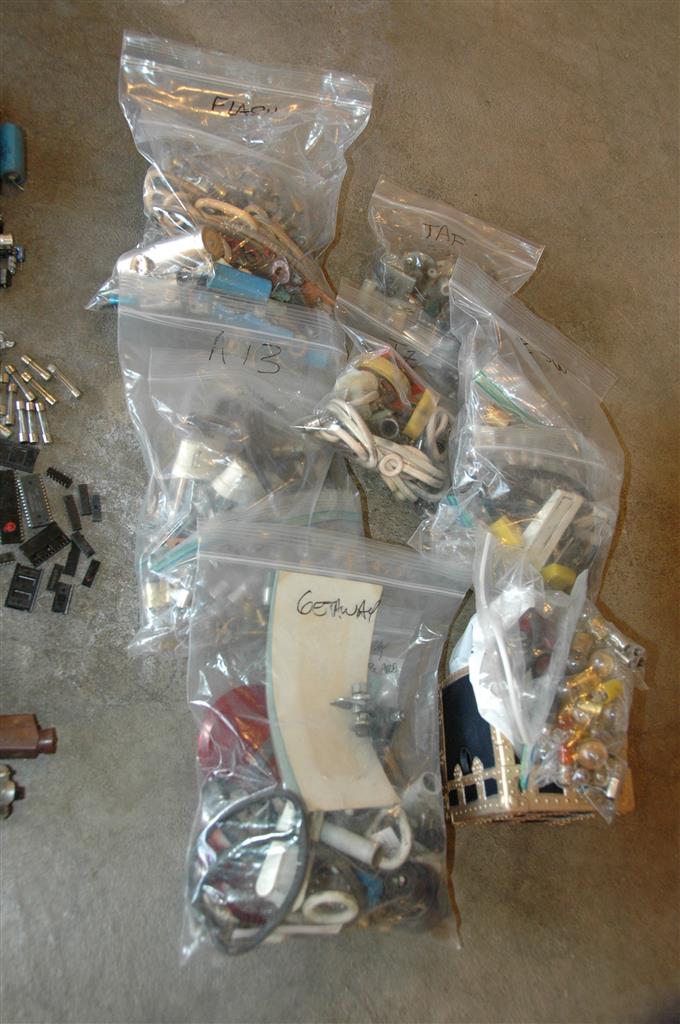 I don’t know if I’ll do this again.  I was curious how much stuff I’d accumulate and it was kind of fun.