I haven’t been updating the site much lately.  I’ve been crazy busy with repairs lately and unfortunately posting new content hasn’t been a top priority.  I picked this up yesterday and figured I’d post about it. 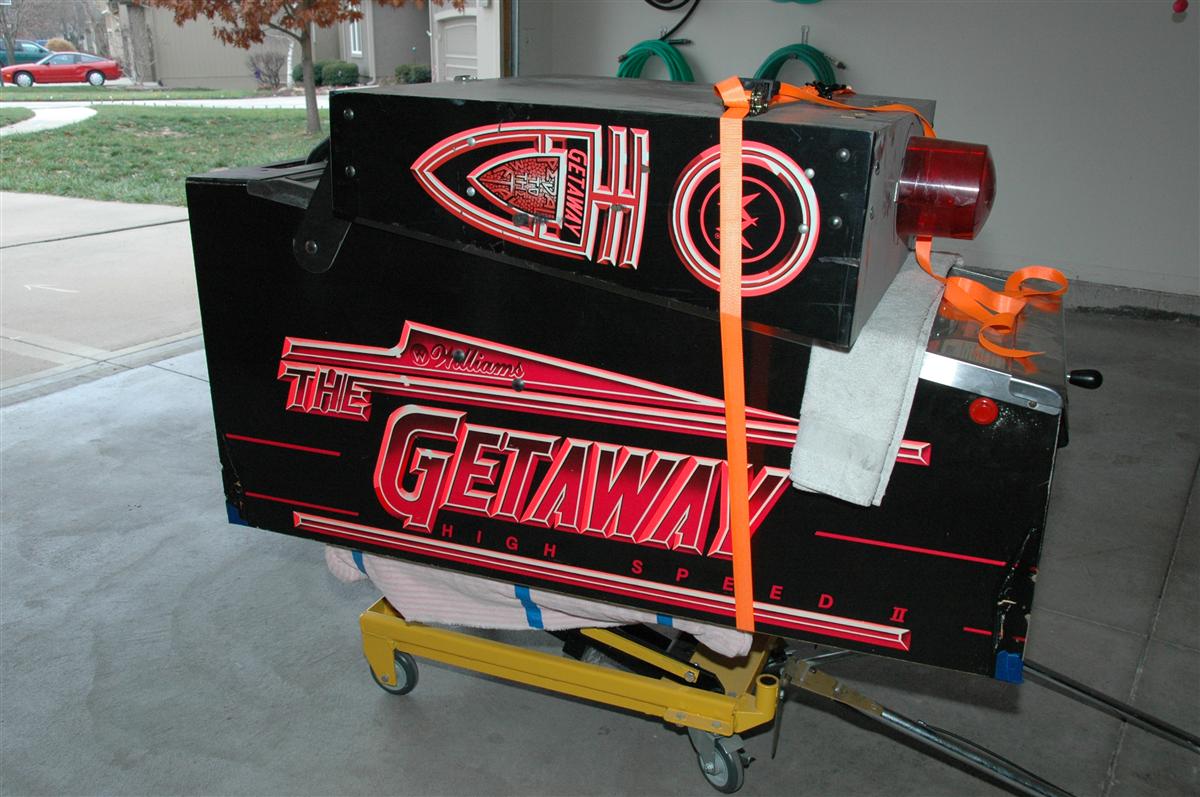 The cabinet is in okay shape.  The side pictured has minimal to no fade but the other side is faded.  The backbox sides have scuffs and damage.  The playfield looks really nice, no wear at the tachometer inserts.  Nothing appears to be broken or missing.

The game booted but came up with “Factory Settings Restored.”  When you see that you expect the worst when opening the backbox.  The batteries were dead but not corroded.  The bad thing is, a set of batteries had corroded in the past and damaged the CPU.  One column of switches was not working. 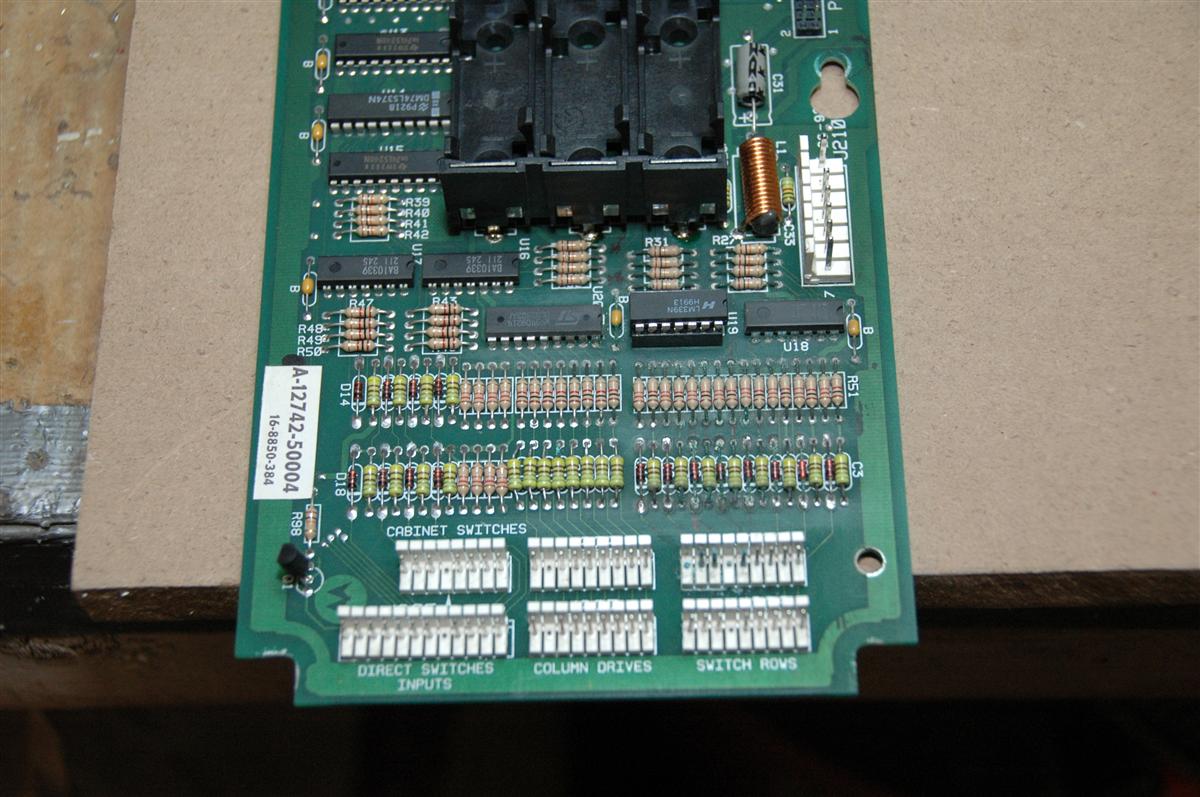 The corrosion isn’t too bad and could be fixed, I’ve seen worse.  But I don’t have the time to mess with it right now.  What further complicates matters is past repair work due to the corrosion, and all the issues weren’t fully addressed. 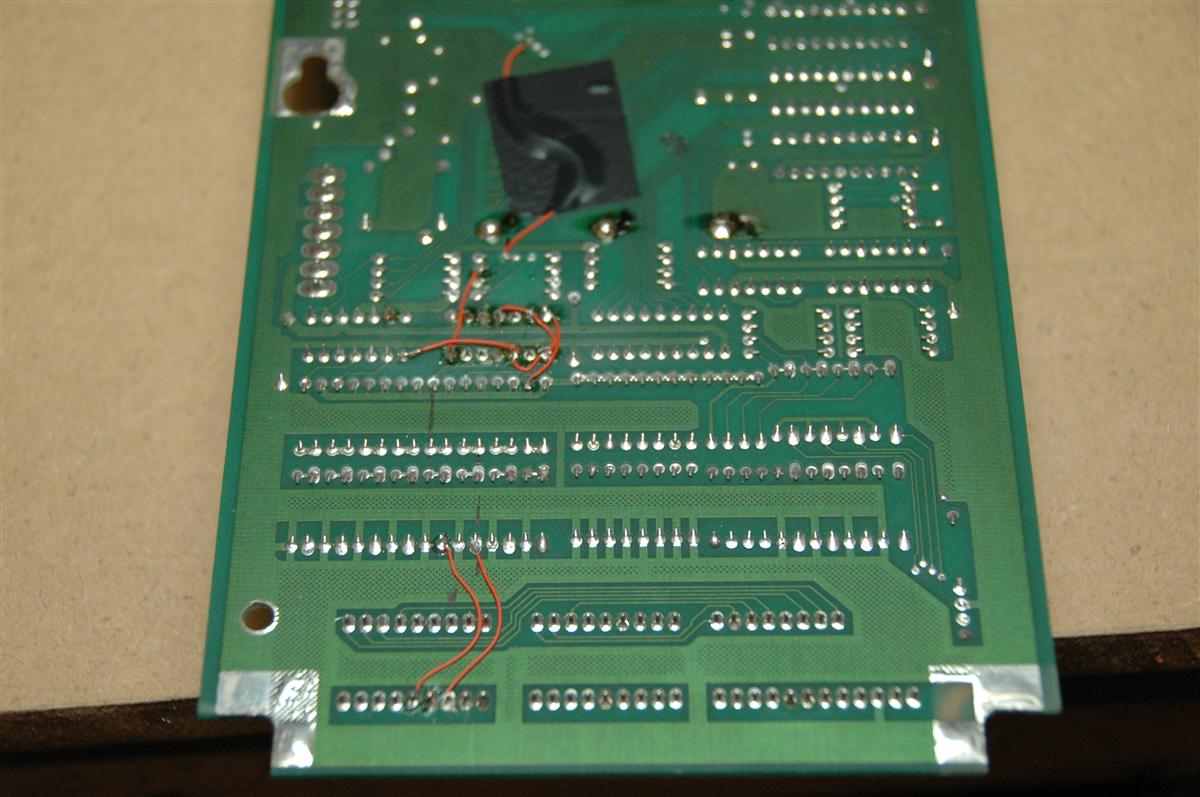 They just replaced the battery holder and ran jumpers to repair the traces that had corroded from the alkaline damage.  The board was not cleaned and further damage eventually took out a column.  Some of the connectors are also pretty corroded.  So I’m going to put in a new Rottendog CPU that I got from Big Daddy Enterprises, and put this one on the shelf.  Maybe some day I’ll get around to repairing it.  Yeah, right.

The other bad thing is the DMD has several lines out.  I can get a few of the lines to light by pressing on the back of the display where the pins enter into the glass.  So it is probably repairable but again, time.  Since the display is kind of weak anyway, I’ll probably just replace it.

The final issue was three of the service switches inside the coin door did not work.  They were corroded inside.  I replaced them and was able to navigate in the menus without having to use a screwdriver to trigger the switches, which is annoying.  Everything else seemed to work:  supercharger, switches, lamps, general illumination, beacon.

One final surprise, this is the first game I’ve purchased that was formerly at a location or on a route that was fused correctly.  The only times I’ve picked up a game with all the fuses correct is when it was HUO or a Stern that had been in service for less than a year.  Every other game I’ve purchased has had at least one fuse the wrong value or wrong type (fast instead of slow).  My streak finally ended, never thought I’d see it happen.