I figured I’d post about what happens when you half-ass a job.  A customer was having problems with their Tales of the Arabian Knights.  The game wouldn’t kick the ball into the shooter lane.  I had completed another repair, had some extra time and was close by, so I called and stopped in for a quick look.  Here’s the CPU board that was in the game: 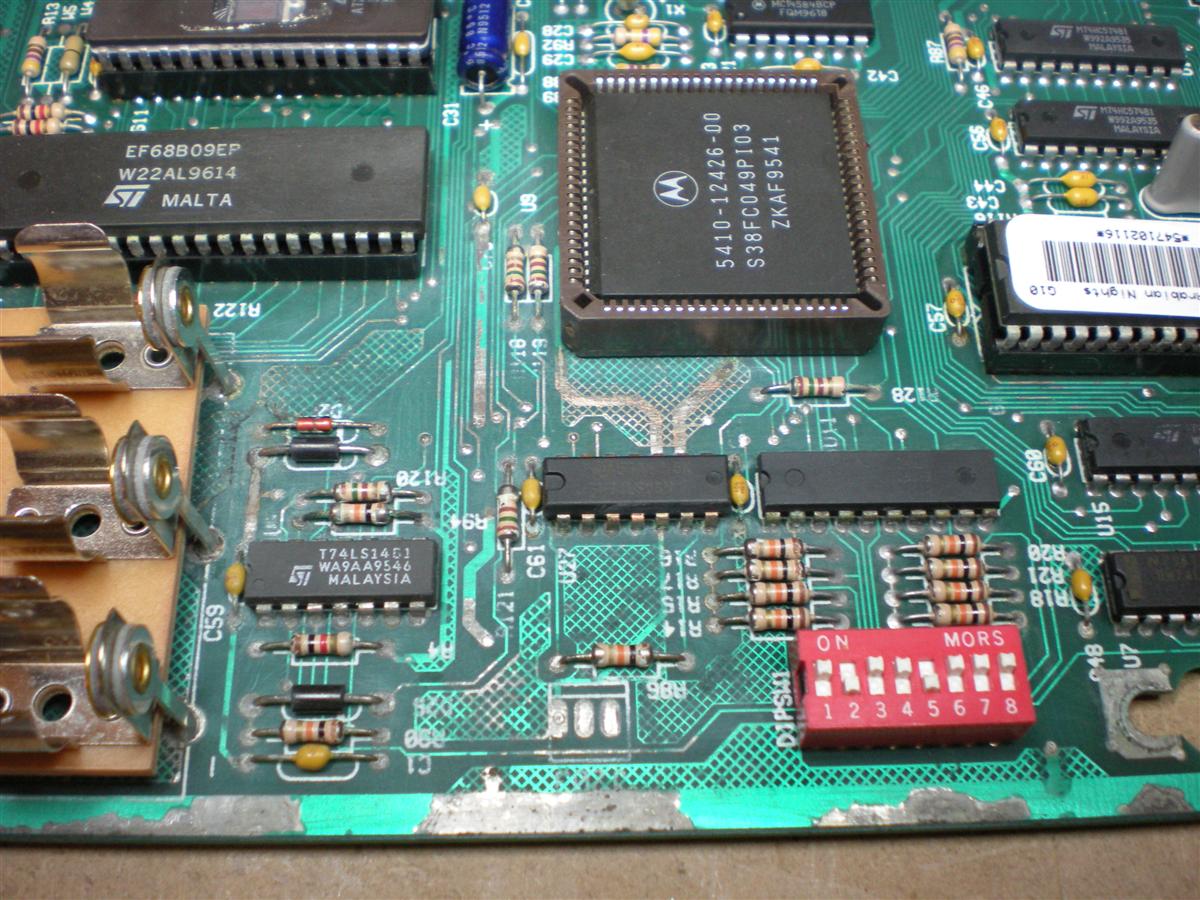 As you can see, it was the victim of battery corrosion, previously “repaired.”  Someone had installed a new battery holder and had sanded off the corrosion and done some cleaning.

Anyway, on this visit I only had about an hour.  Fuse F108, the main 6.3A fuse for the solenoids and flash lamps, was blown.  I ran through all the usual suspects and couldn’t find anything glaringly wrong.  The game never acted up.  It had the wrong fuse installed at F108, it was too low of an amperage.  Surely that was too easy of a fix, right?  I had my suspicions about the CPU board, but the game worked after replacing the fuse, and I was at the end of the time I had available.  I told the customer to play the game and let me know how it went.  Sure enough, after a few weeks I got a call about the game not kicking the ball into the shooter lane.  Okay, time to set up a full service call and really dig into this.

I now went over the game thoroughly and couldn’t find any issues nor would it misbehave or blow the fuse.  The whole time that CPU board is up there nagging at me.  Finally, after a couple hours, I power on the game and boom…all coils fire at once and the fuse blows.  Ah ha, we have a blanking issue.  The blanking circuit prevents coils and flash lamps from firing and turning on until the CPU has booted and is stable.  It turns out, I wasn’t asking the customer the right questions.  Once I got specific, he said that when they turned the game on, it would make a loud noise and then not work.  I thought the game was blowing the fuse when it was being played.  I’ve dealt with blanking issues a few times before, I know better and should have asked the right questions.  Sigh.

I carry a spare WPC-89 CPU board with me, but I don’t have a spare WPC-95 CPU board.  The corrosion damage was rather extensive so this board had to come home with me for repair.  It was more than I could do at the customer’s home.  So here’s how things looked after I removed most of the components. 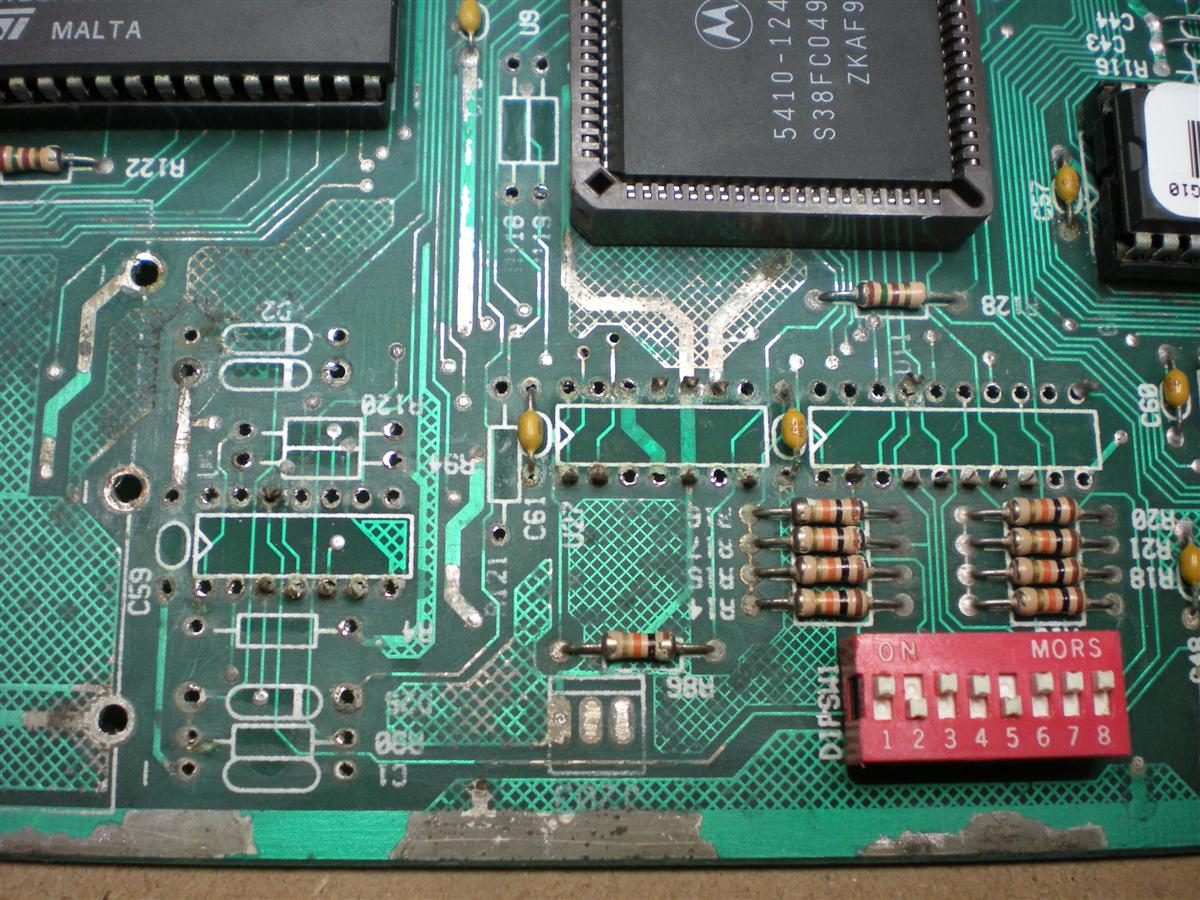 See the corrosion still in place around the legs of the ICs?  Obviously the quick clean up from the prior repair didn’t take care of all the problems.  The corrosion actually went further down the board and even got to the chips at U7, U15, and U25 (not pictured).  Upon further inspection, I could see that the person that did the previous repair had removed the sockets for the CPU and EPROM, but they did not do any work on the other chips that had obvious corrosion around them.  They did about 1/3 of the work that was needed to actually repair the board.  When fixing battery corrosion, you really need to remove everything affected, sand and clean, neutralize with vinegar, wash, then repair.

So the end result?  After cleaning up everything and replacing the damaged components, the board is fine.  No more blown F108.  The take away is when dealing with battery corrosion, address everything.  If you don’t, it will continue and eventually come back and bite you.