Yes, it is April Fool’s Day, but no jokes here.  I received a call to repair a pachinko machine.  I pretty much focus on only pinball machines, but hey, why not? 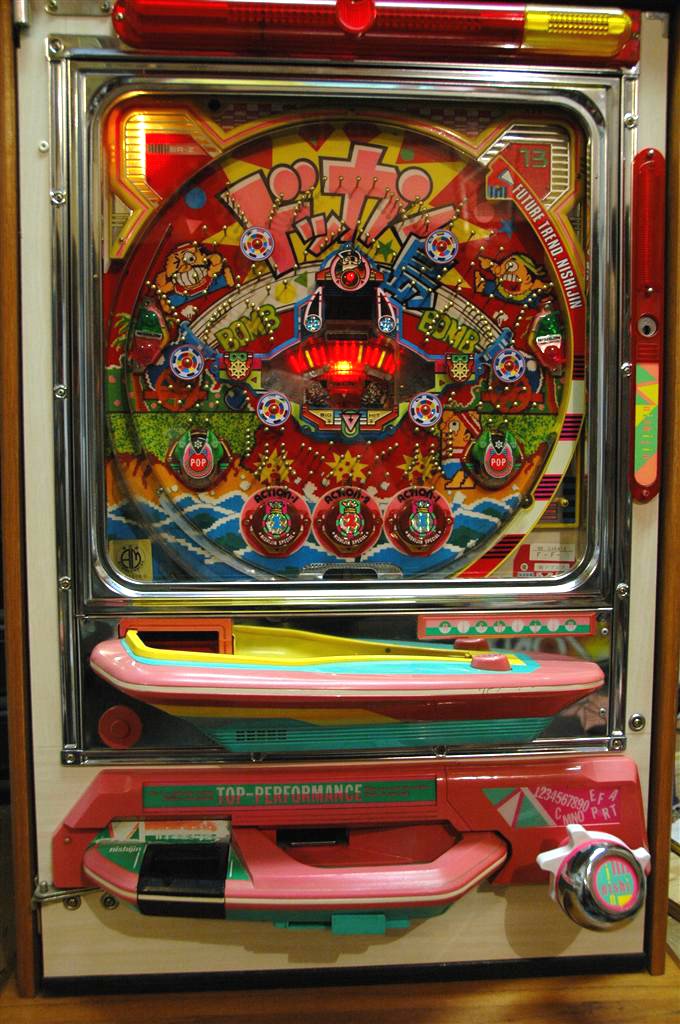 I’ve never worked on a pachinko machine, but I figured it couldn’t be any harder to repair than a pinball machine.  This is a later electronic machine that automatically launches the balls.  It also has electronic sound and a few moving parts that actuate when you are a winner.

Several balls were jammed at the seesaw.  The seesaw triggers during a win and dispenses more balls.  So without this working, you’d eventually run through all the balls and never have a chance to get any back.

Here’s the back showing the inside as well as a close up of the seesaw mechanism. 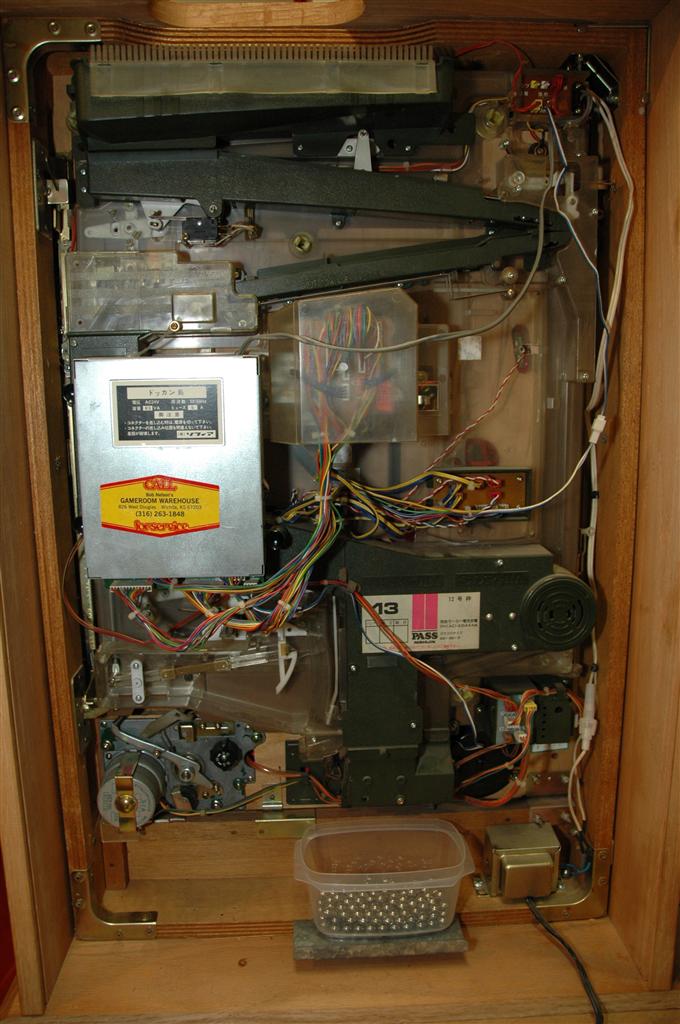 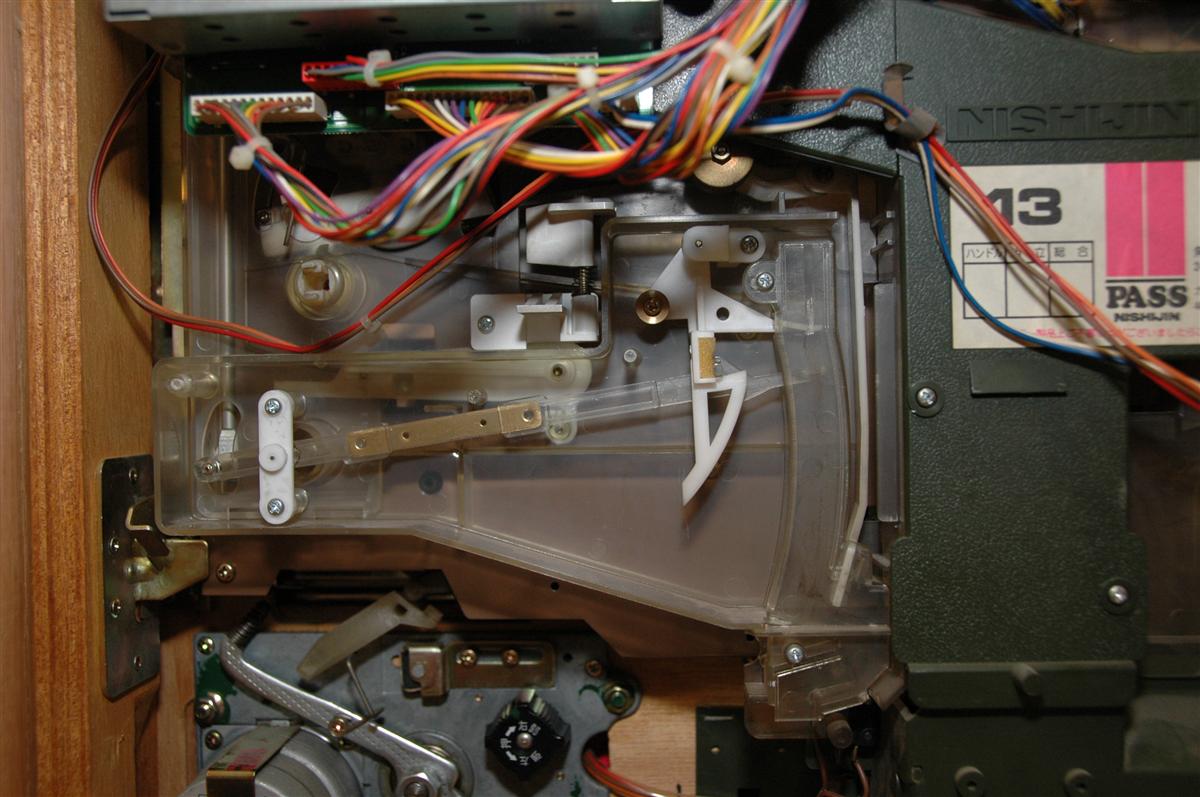 A ball would get caught in the right portion of the seesaw and could not exit.  This would not allow it to tip and dispense more balls during a win.

I freed up the jam and spent some time getting acquainted with the machine and how it worked.  Eventually balls would keep getting jammed at the seesaw.  After a while, the culprit reared its head: 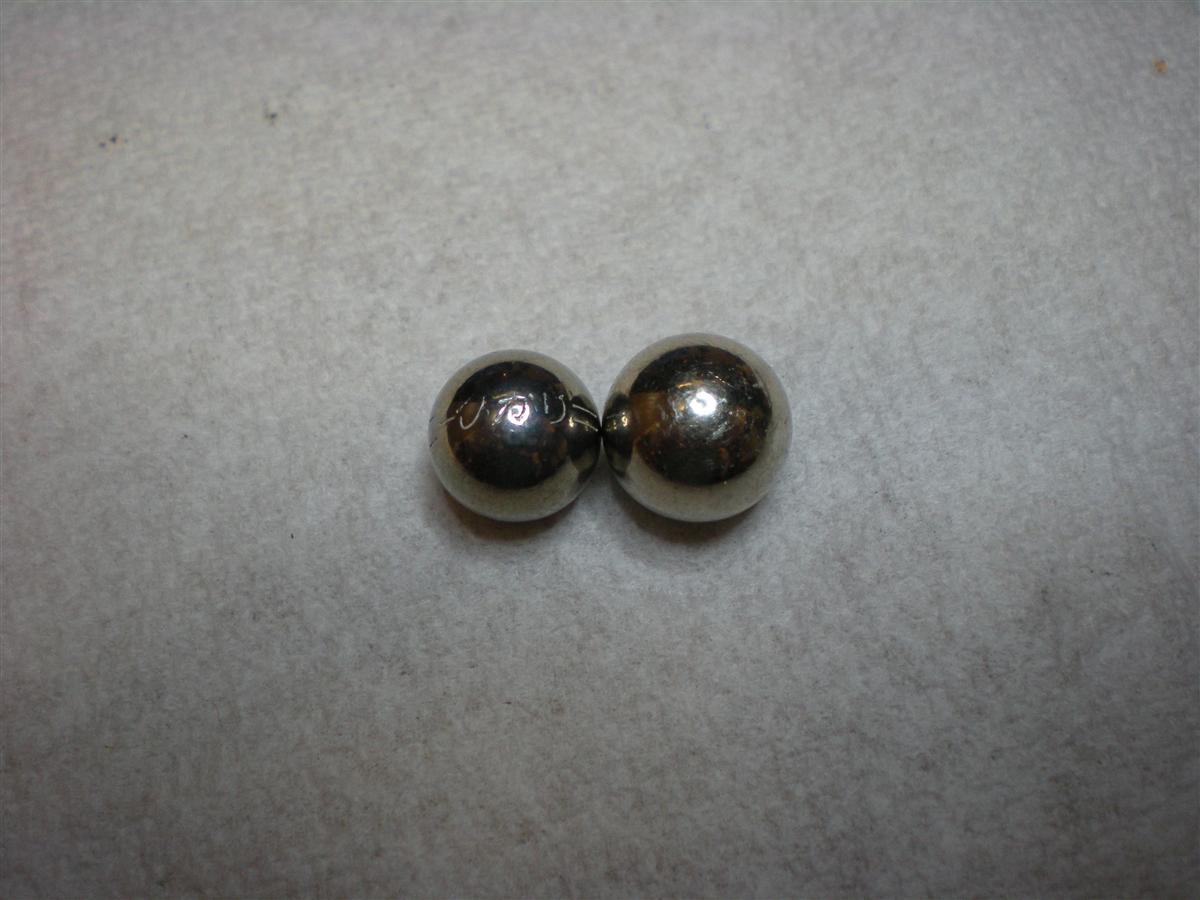 According to my calipers, pachinko machine balls are 11 mm in diameter.  The ball on the right is 12 mm in diameter.  It was getting jammed in the seesaw and messing things up.  I actually found it because it was stuck in the ball guide that takes balls from the upper ball tray to the winning ball dump tray.

After getting the oversized ball out, the game appears to operate correctly.  After some cleanup and testing, it was ready to head back home.