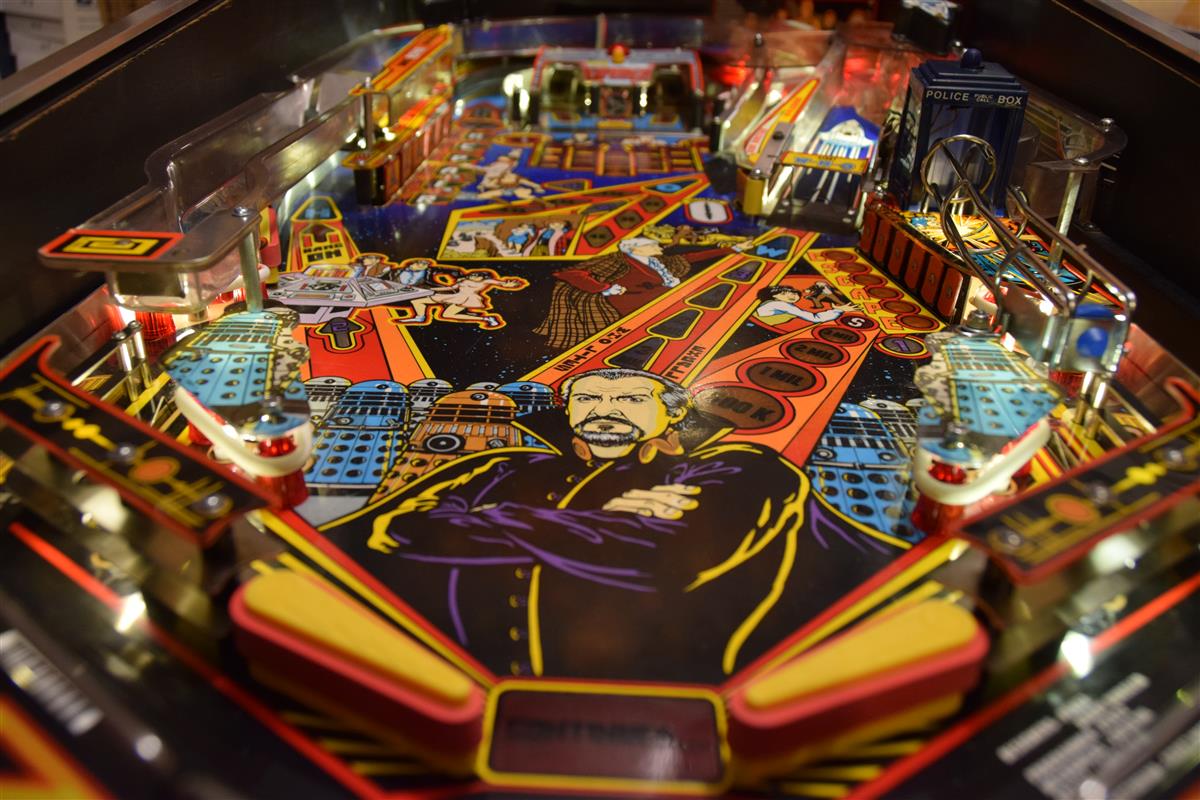 An update on Doctor Who that was mentioned previously.

This game was a disaster and I put wanted to have it ready for the IFPA Oursler benefit tournament at Pizza West on April 13, 2014.  I got it done and we raised $390 for the Ourslers.  Below are some photos and comments on the game.

The game cleaned up pretty good.  The cabinet is not great, but since the playfield was in decent shape, the game plays nicely and so far it is holding up after a few day of public play and a lot of play at the tournament.

Special thanks to Cliff Rinear for donating protectors for the Time Expander and the upper ramp.

Some after and before photos: 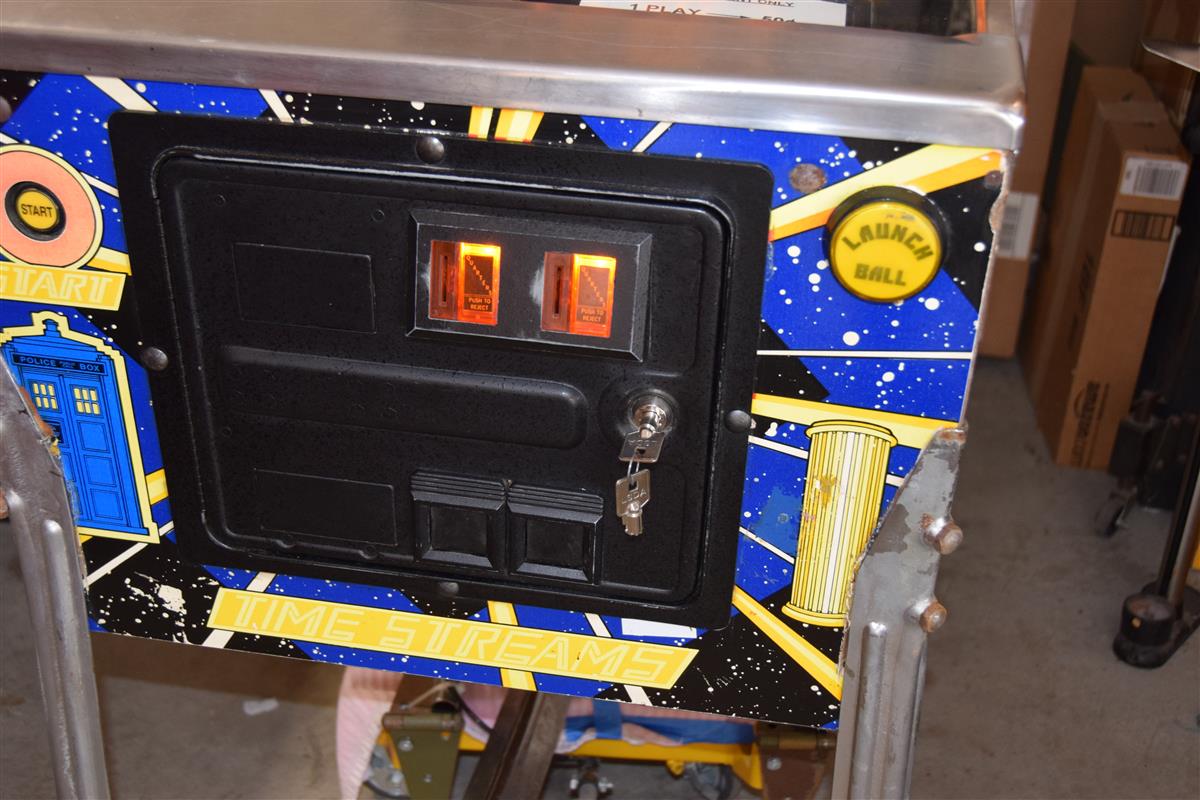 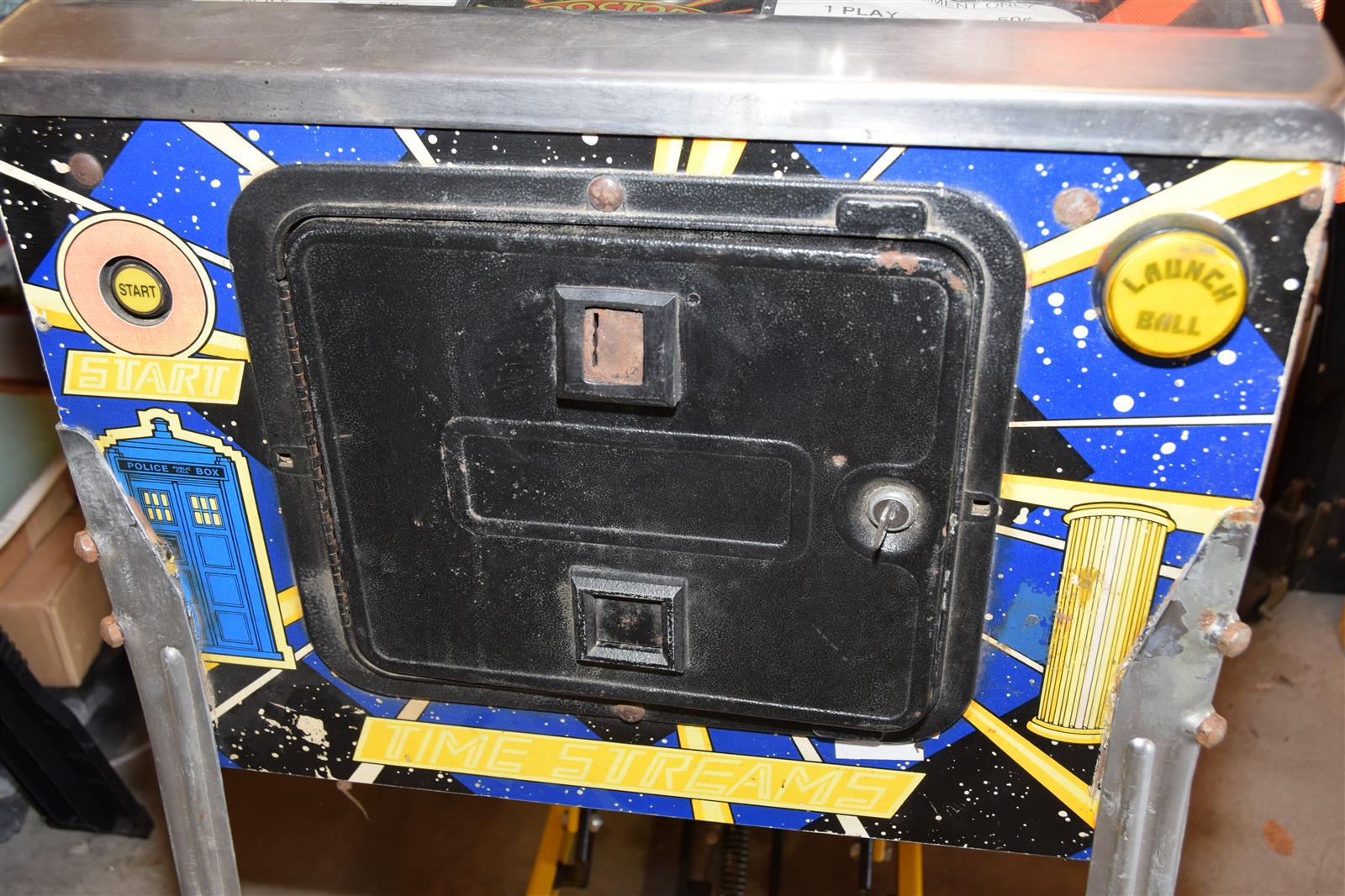 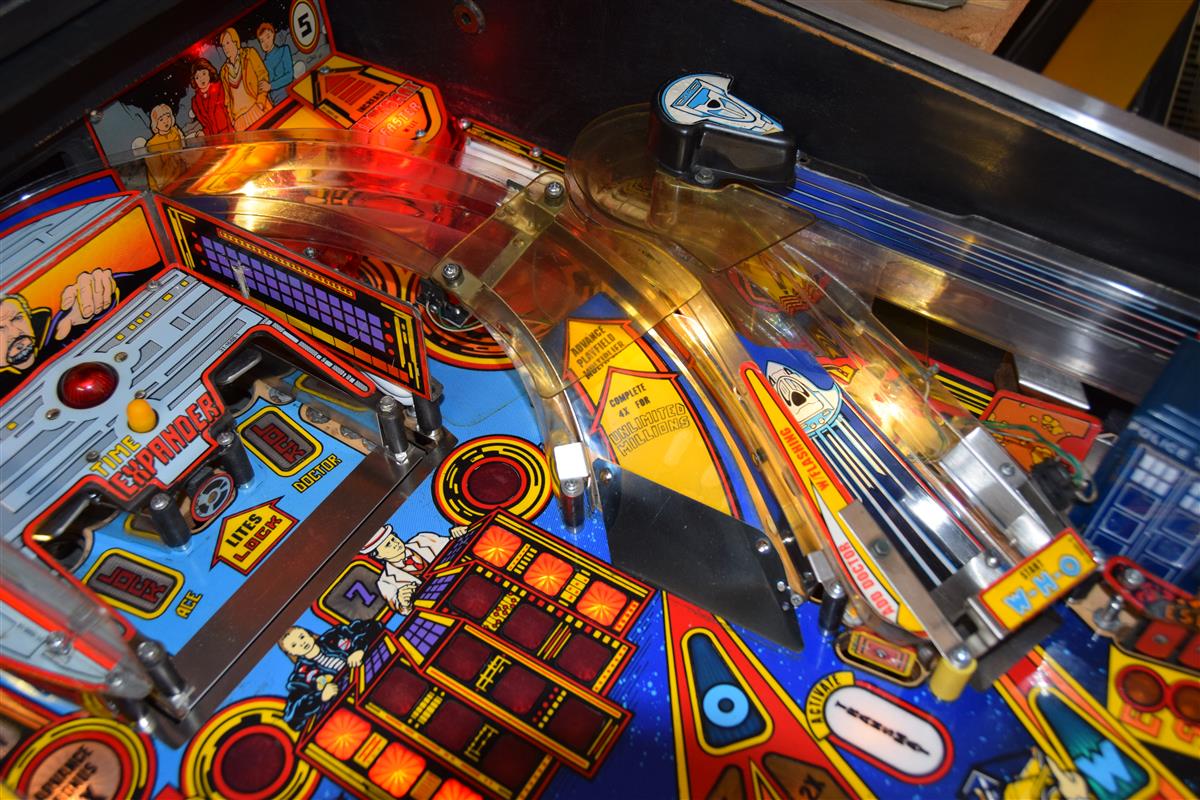 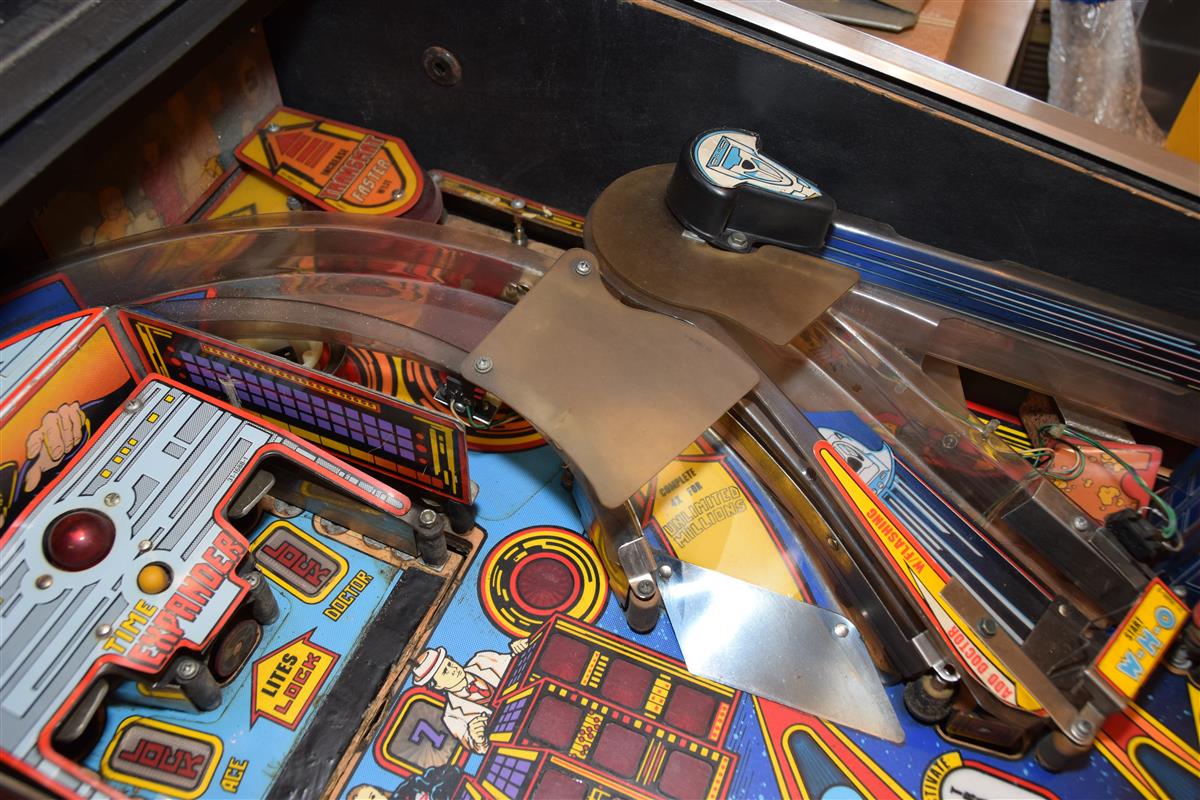 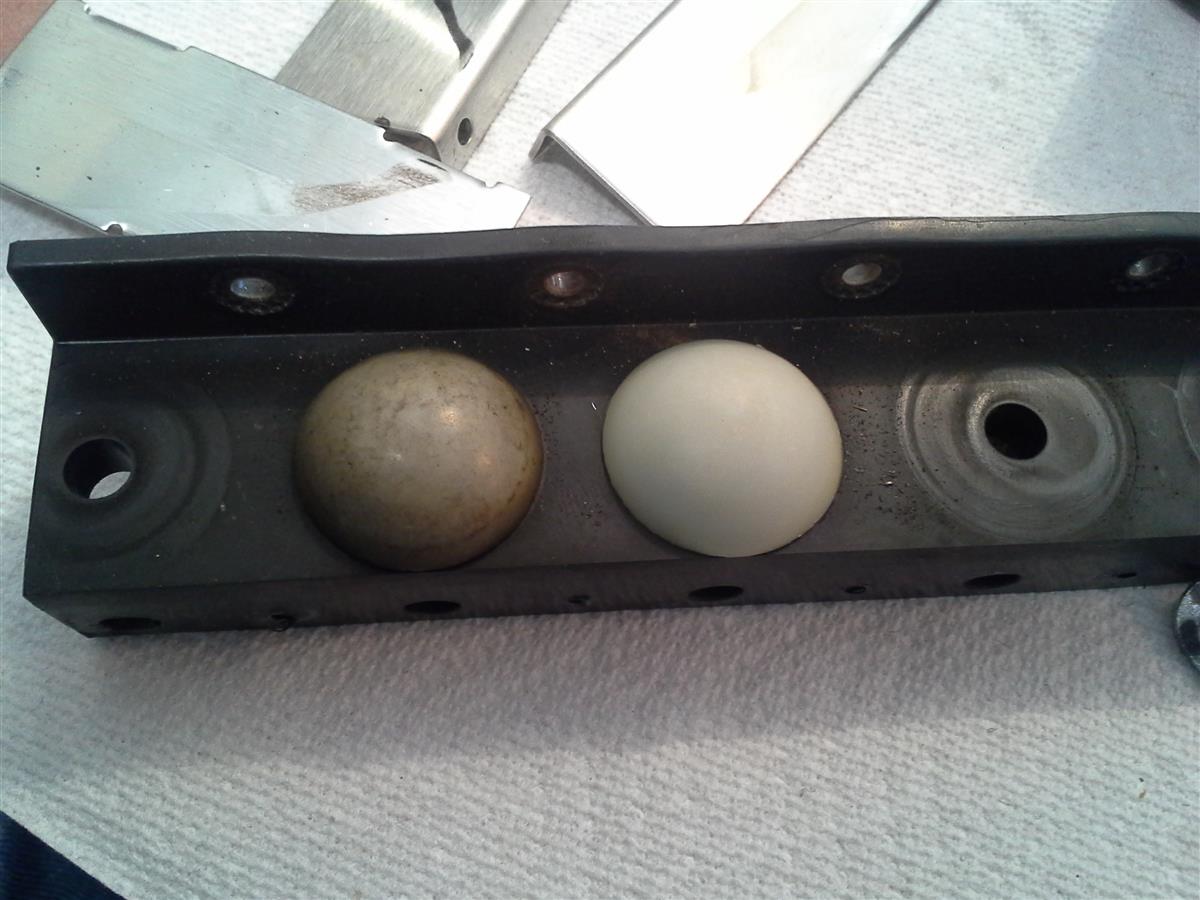 Some more after shots: 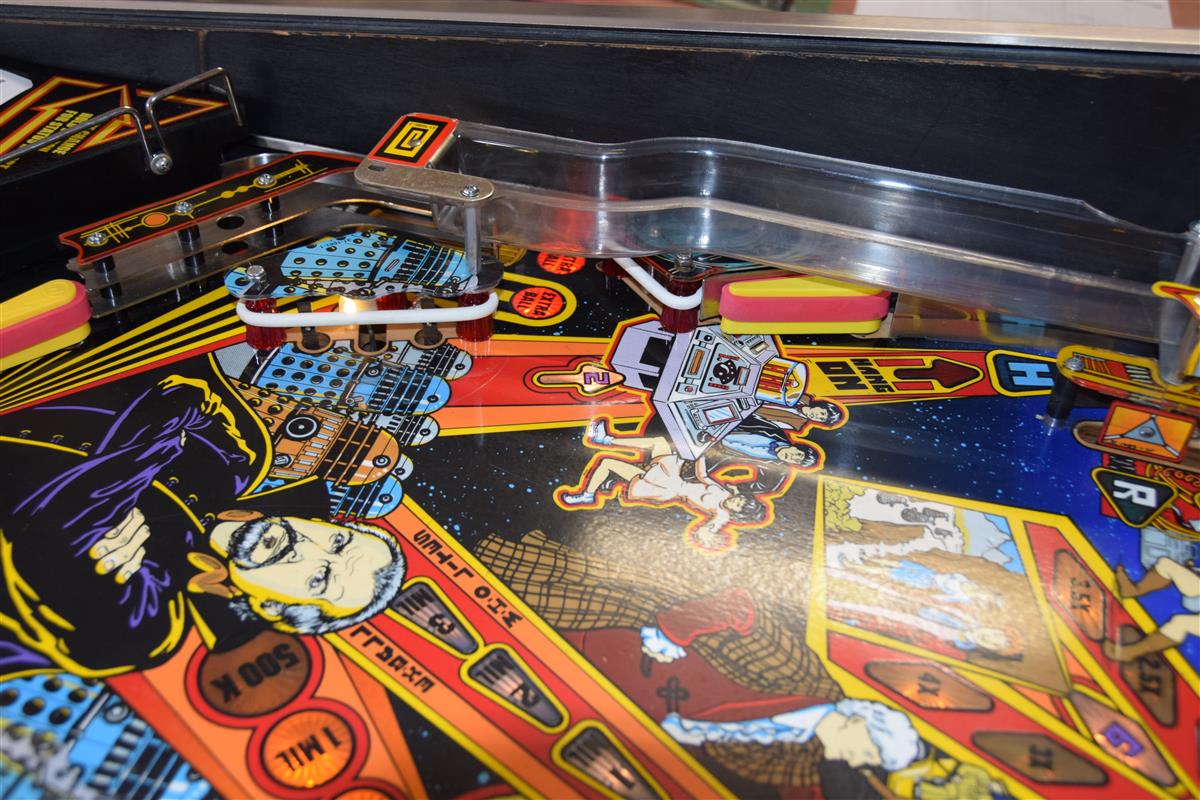 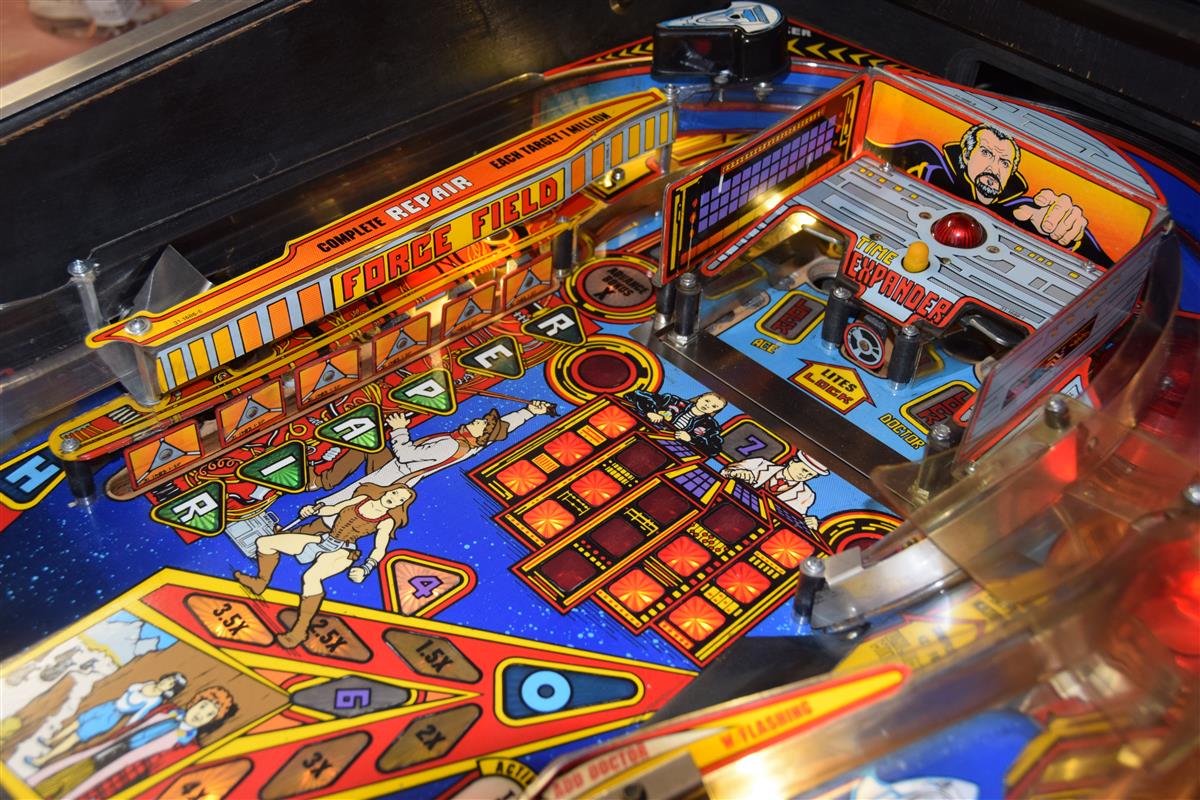 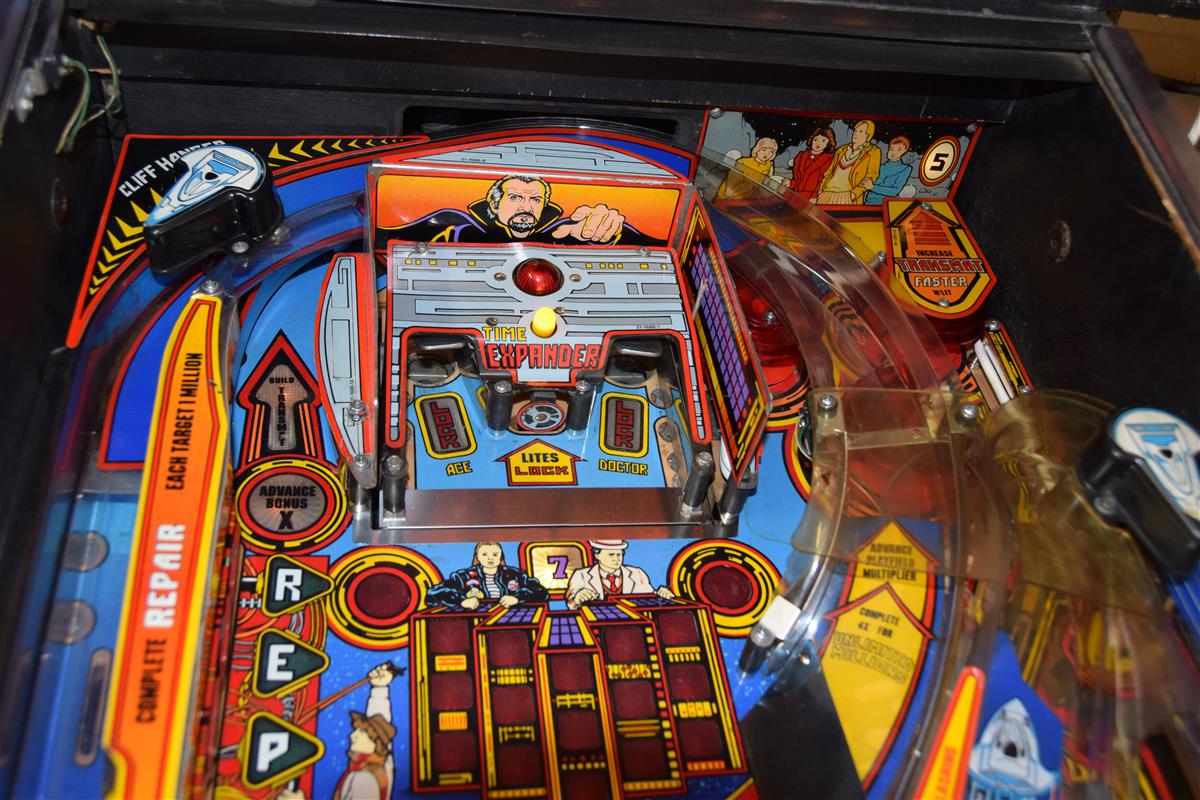 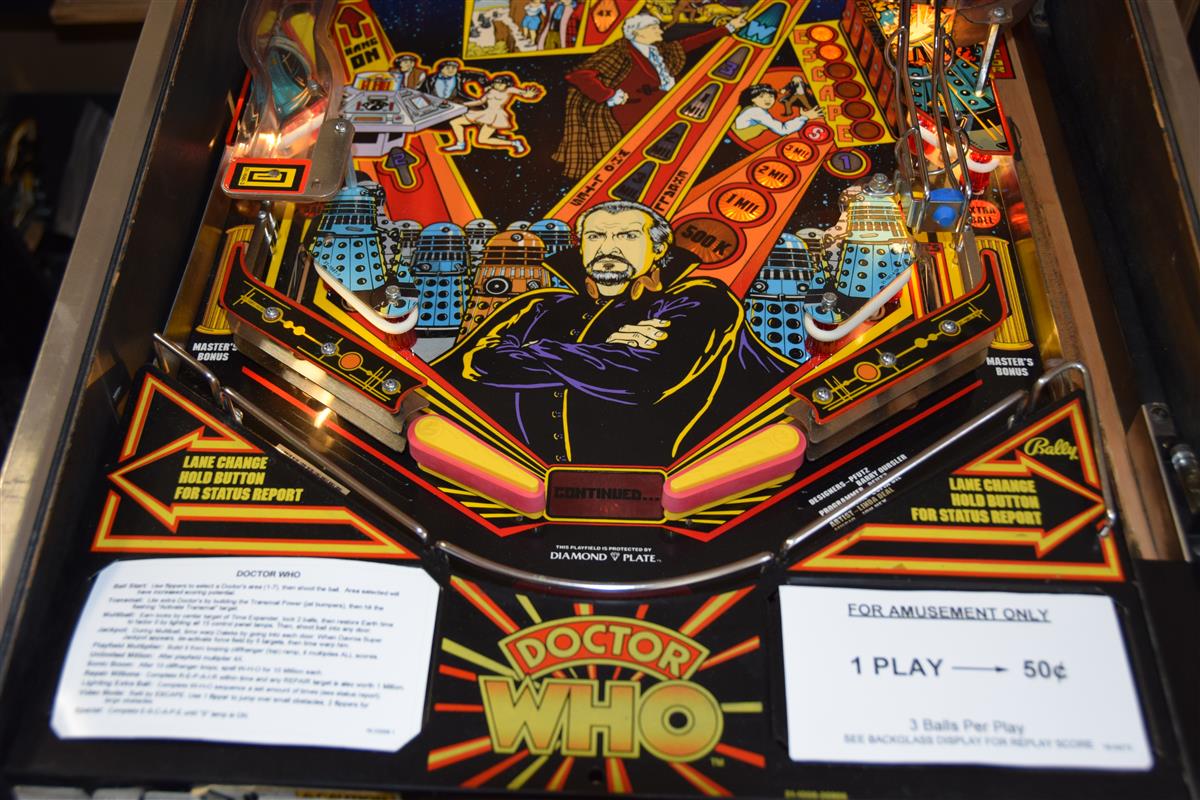 To give you an idea of what this game needed, below is everything I had to repair or replace.  The big items are the coin door, mini-playfield motor, and slingshot plastics.  The sound board was a frustrating repair that took quite a while.  Also, the lockdown bar broke and I had to repair it.  I’m hoping I don’t have to replace it.  And finally, the dot matrix display is weak and will probably need to be replaced.  But at this point considering how much money I’ve sunk into the game, I’m going to run the DMD that is in it as long as I can.

Update:  After a few weeks, the DMD was pretty much shot and I replaced it.