This game had no CPU controlled lights. In other words, none of the playfield insert lights worked. So you couldn’t tell what shots to hit nor could you see your progress while playing.  Not to mention you also don’t get the light show during attract mode. 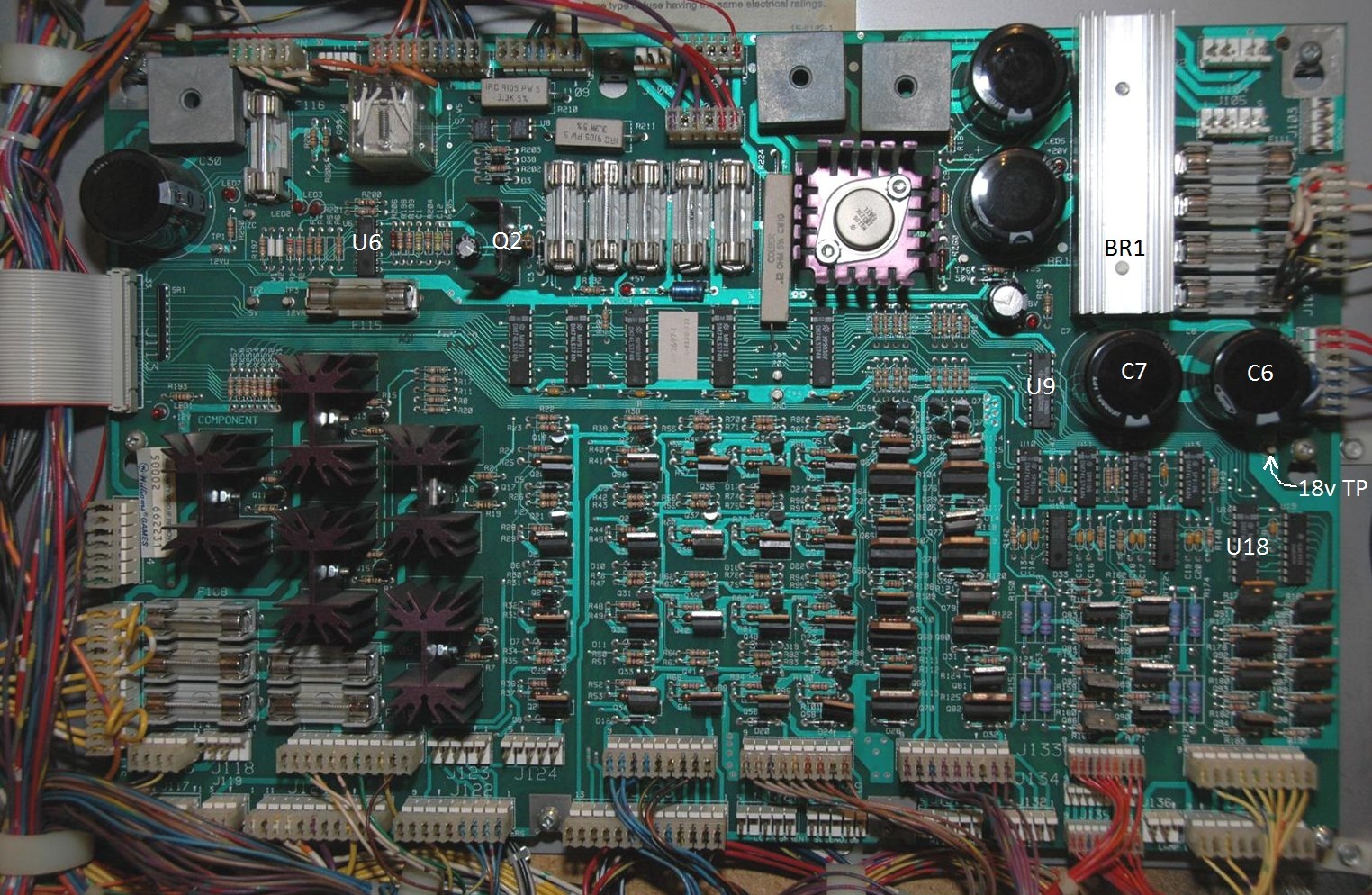 I’ve labeled the parts I’m discussing in the photo above.  The first thing I noticed was that there was no voltage present at the 18v test point. So the lamps weren’t getting power at all.  But LED 6 on the Power Driver Board (PDB ) was lit so there must be power somewhere. My logic probe showed that the chips at U9 and U18 were good. The bridge rectifier, BR1, tested fine but it had been replaced in the past. Everything else tested fine. I then noticed that a prior repair had also replaced the chip at U6, and it was installed upside down. So I socketed it and swapped it out with a chip installed in the correct orientation. Although this had to be corrected and it was a step in the right direction, I still didn’t have any CPU controlled lamps.

Time for some more investigation.  BR1 had also been replaced.  The voltage regulator at Q2 had been replaced.  And the final clue, and I probably should have started here first, a jumper wire was installed between the positive terminals of capacitors C6 and C7. It is looking like someone else was trying to fix this same problem and had gone through and replaced a lot of stuff.  But the lamps still didn’t work.

Since repair work had been done at C6 and C7, my initial assumption was that this wouldn’t be the problem. Wrong. Time to grab the schematics again and start going through the connections. After running through and checking continuity, I found no connection between capacitor C6 and the 18v test point (TP8). Whoever did the previous repair work had damaged the pads and traces when removing the capacitor at C6. I repaired the connection between the capacitor and TP8, and all is good. We have lamps.