Note:  This repair was initially published on Sept. 19, 2011.  I republished it with updated photos and information.

I received a call for a Comet with non-working displays.  I was told that there were no blown fuses, but the displays just stopped working.  No blown fuses indicates a problem with the power supply.  I was hoping this was the case as troubleshooting alphanumeric display problems is not a lot of fun in my book. 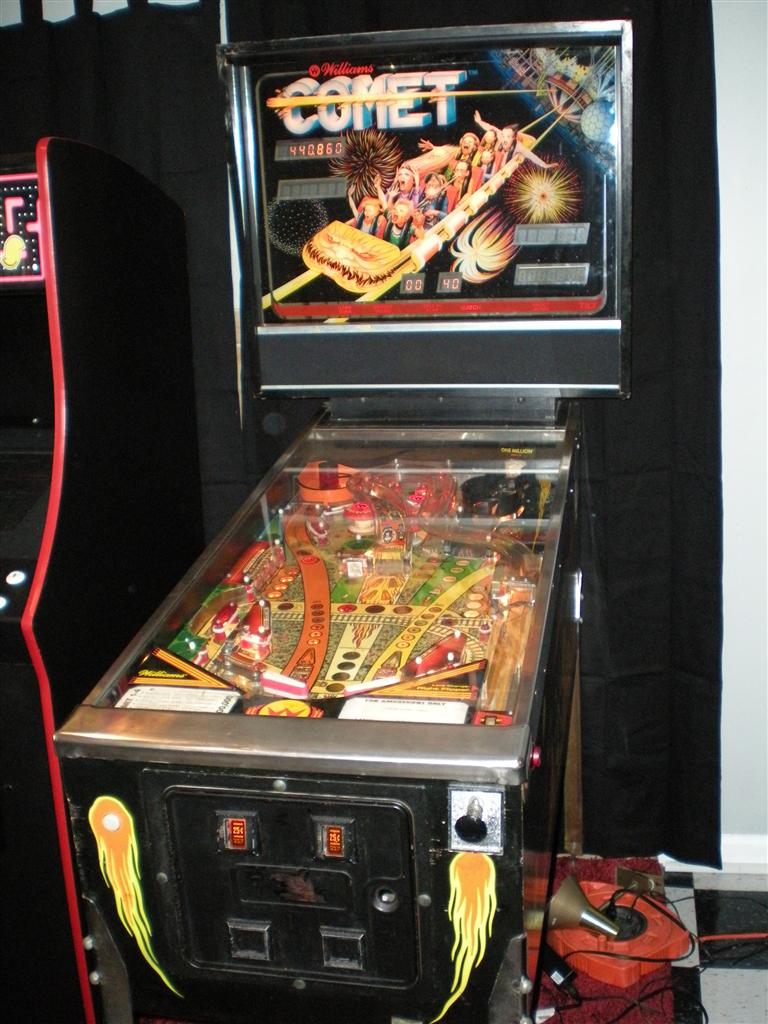 I then checked the 39k ohm resistors at R1 and R4.  They measured fine.  So the problem is most likely one of the Zener diodes (ZR3, ZR4) for the negative side, although the transistor at Q3 or Q4 could also be the problem.  While I have everything apart, I’m going to replace all the normal suspects to ensure reliability.  We’re talking only a few dollars worth of parts, may as well make sure everything is new and reliable.

The owner reported that his displays weren’t dim and worked fine before they went dead, so I lowered the voltage to the displays by replacing diodes ZR2 and ZR4 with a 91v 1N4763A diode rather than the factory 100v 1N4764A.  This will give additional life to the displays. 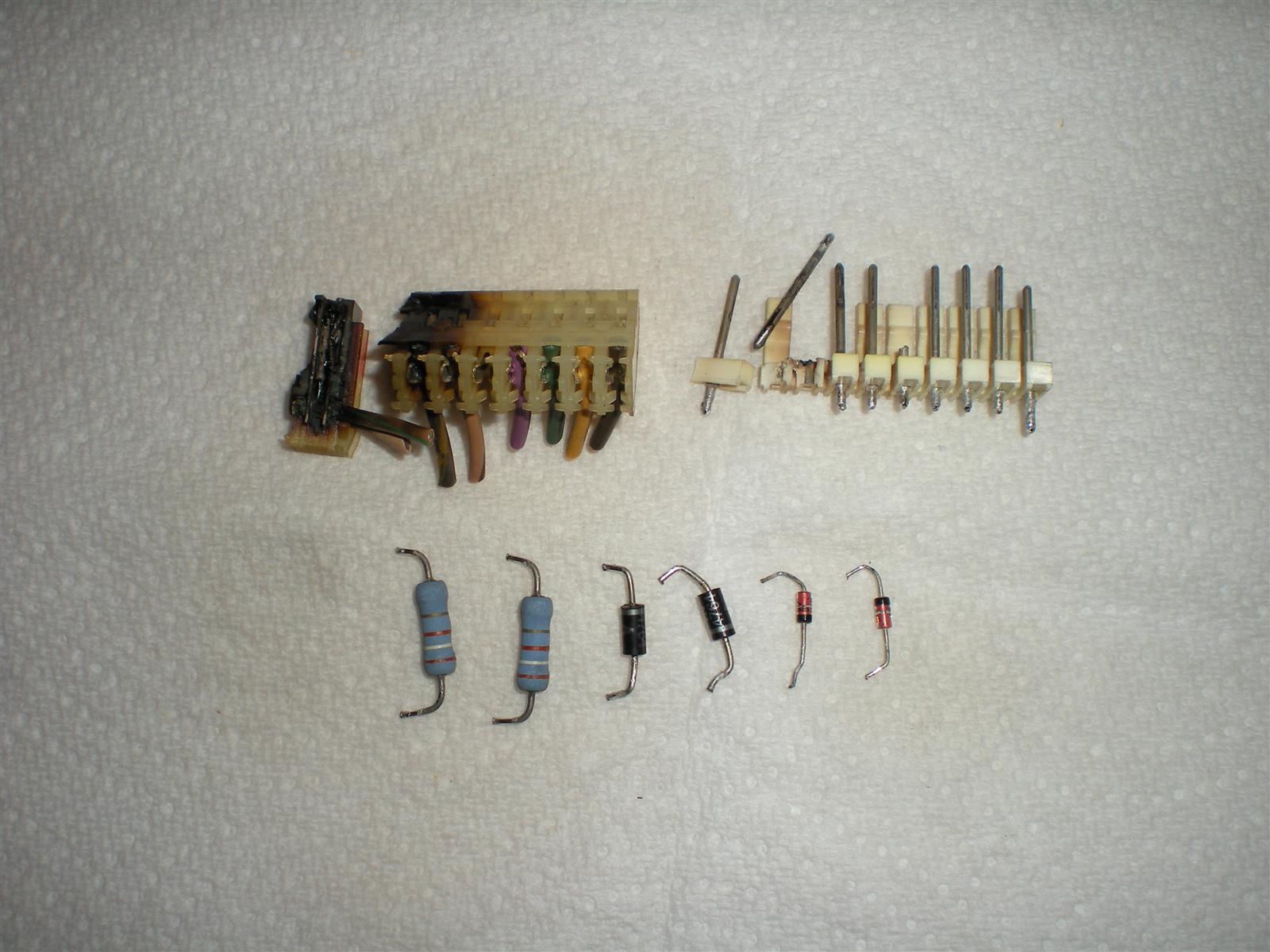 The connector at 3J8 was toasty, so I repinned the power supply and replaced the connector.

Here’s the repaired high voltage section.  Notice that the 39k ohm resistors are mounted off the PCB to help them stay cooler. 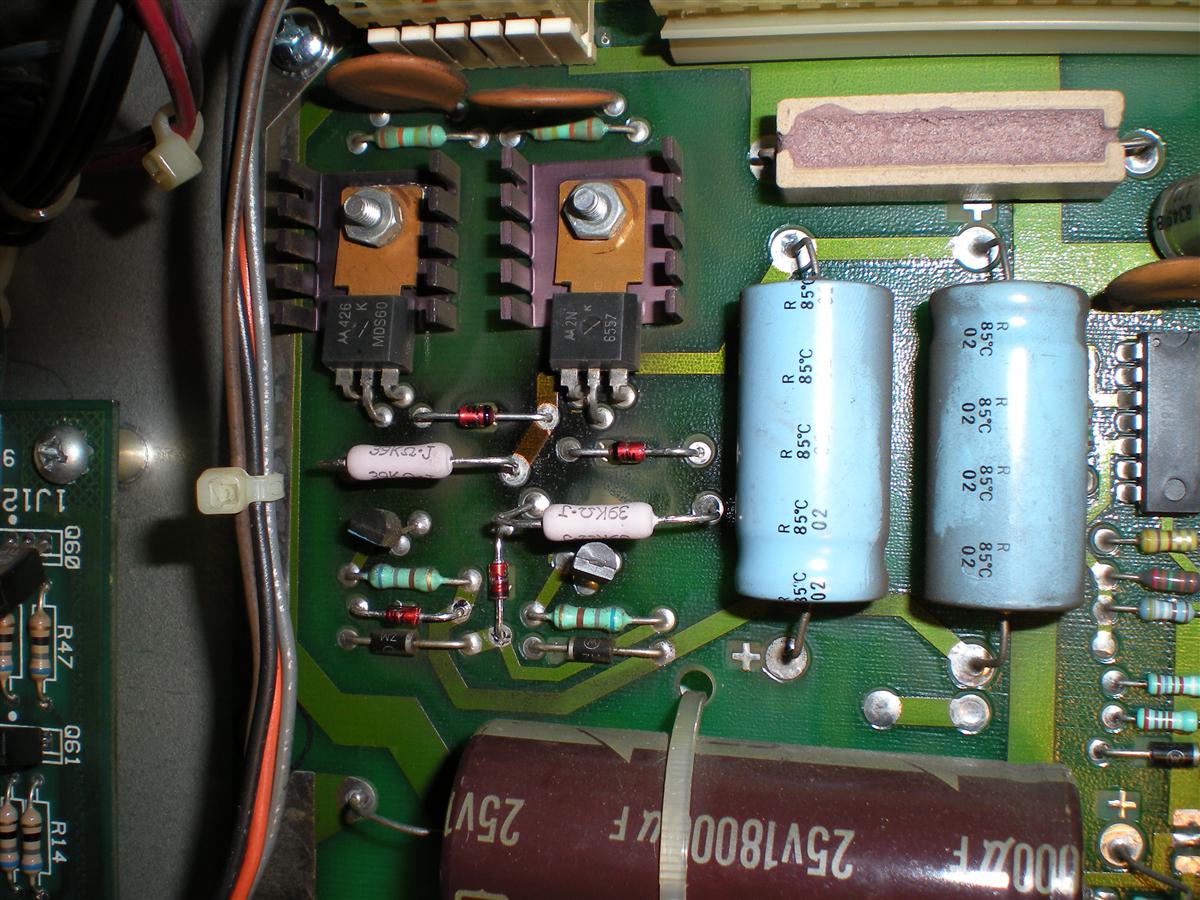 This System 9 game did not have fuses on the AC line from the transformer to the bridge rectifiers powering the +25v for the solenoids and the +18v for the lamp matrix.  Williams started adding these fuses later.  I installed 8 amp slow blow fuses on one of the AC input wires to each bridge rectifier to prevent a fire if a bridge or the capacitor shorts.  This is about a $5 fix for a potentially serious problem. 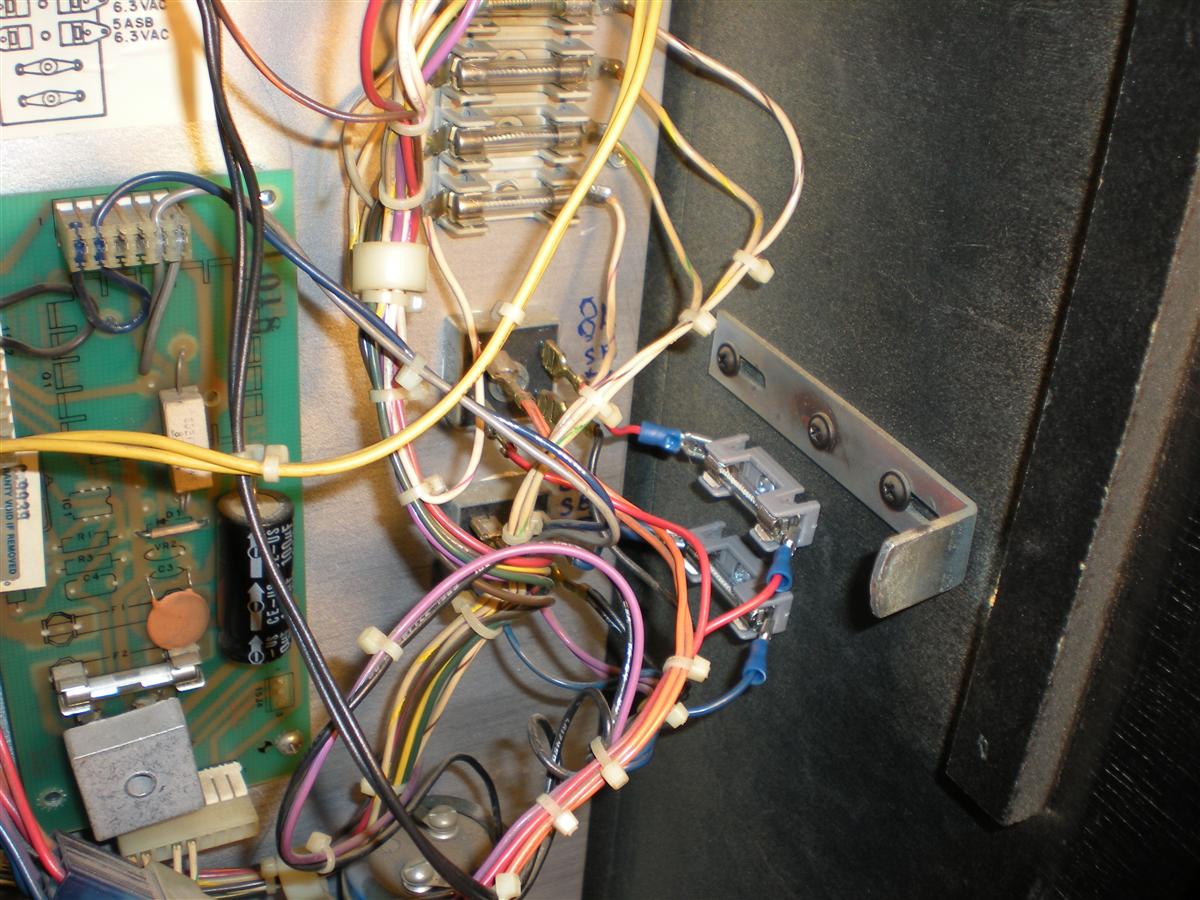 After the repairs, I installed the power supply, and tested the voltages with Connector 3J5 removed.  All voltages were fine.  The game’s displays worked fine and we are back in business.

I did a quick check of the lamps, rubber, and did a quick cleaning of the playfield.  A few bulbs were burned out in the backbox but everything else looked good.  I then leveled the game and set the slope.  Finally, some new flipper rubber and we’re all done.

If you need more detailed information, Pinwiki has a nice writeup on troubleshooting and repairing the high voltage section of the System 9 and System 11 power supply.