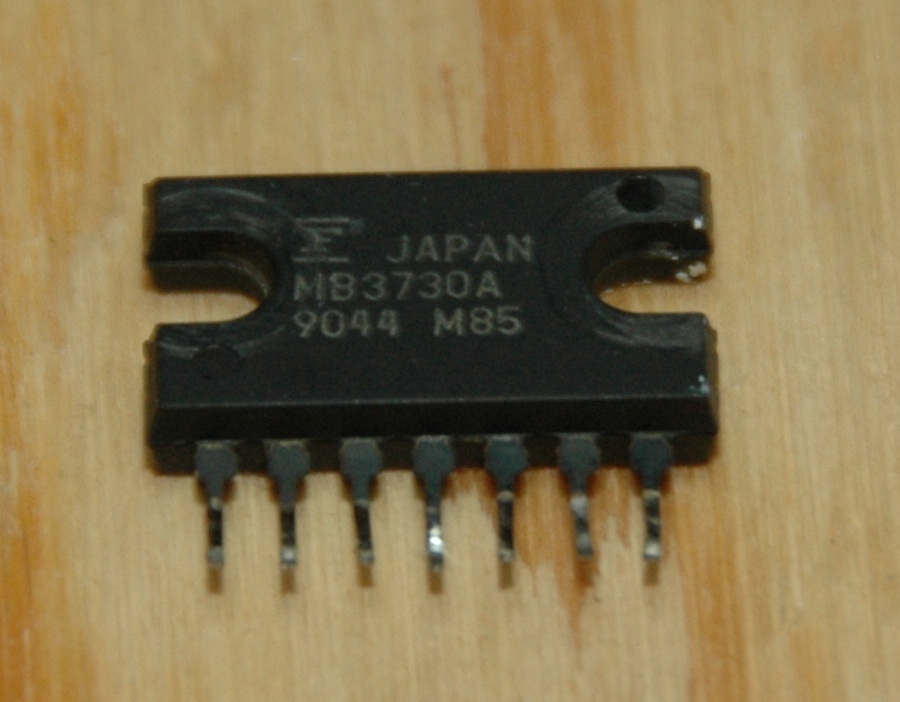 I’ve had a game with one of these amps burned out in the past, so I wouldn’t be surprised if it was the culprit for this game.  I replaced the amp and there was sound from the cabinet speaker, but it was very low in volume compared to the backbox speakers.  So the amp must have taken out some other components on the sound board when it fried.

I took out my ESR meter that I picked up based on some discussions at the Arcade Museum Forums (KLOV).  Edit:  I no longer use this ESR meter, I use an Atlas ESR70.  It is a much better meter and can usually be found for around $100. 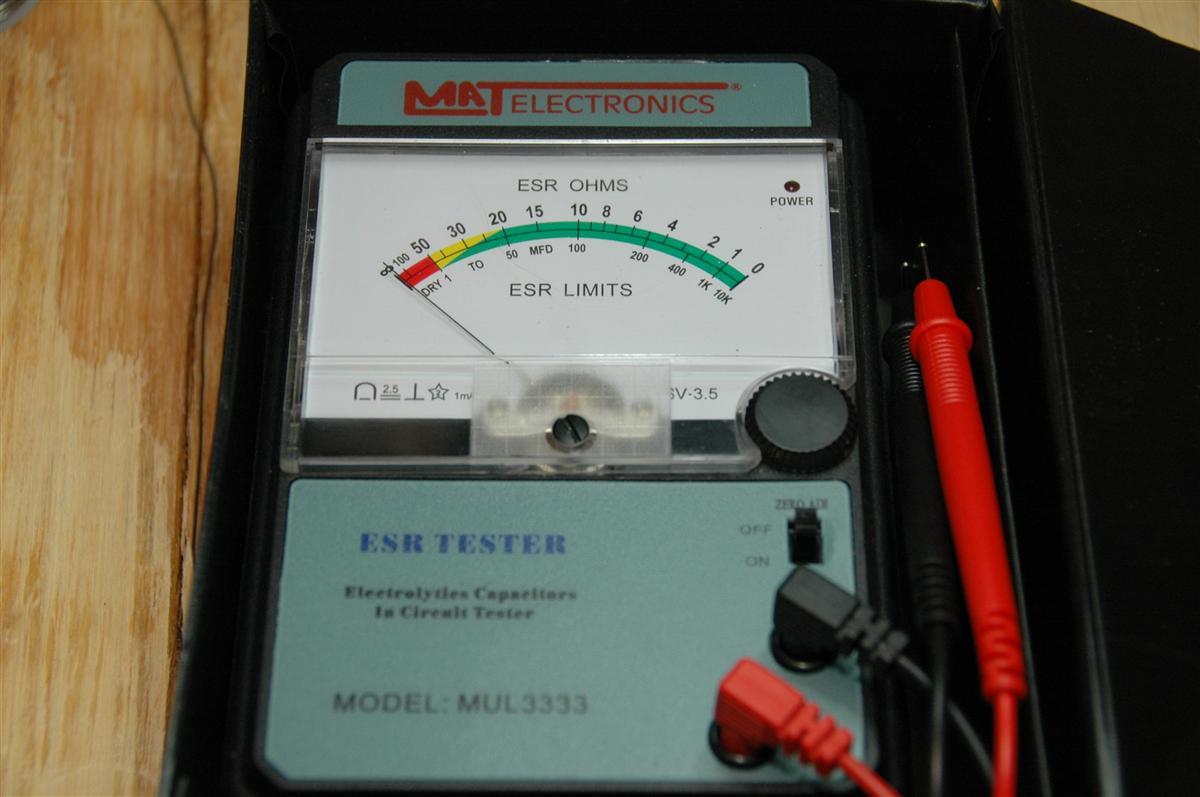 An ESR meter will let you quickly see if a capacitor is bad while still in circuit.  I tested all the capacitors in the cabinet amplifier section of the sound board and came across two that were bad.  I removed C13 and C14 from the board and here’s what I found: 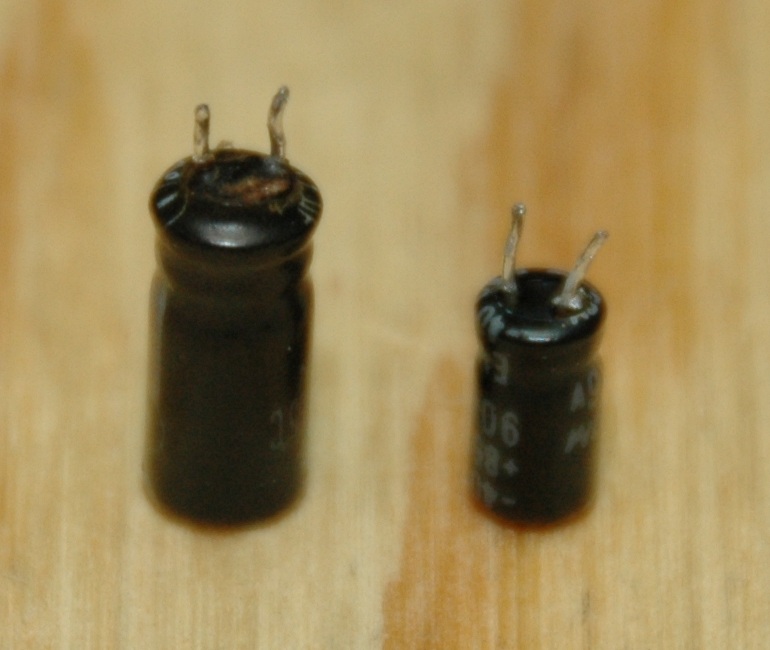 C13 had obviously failed and it spit its electrolyte onto the PCB.  C14 didn’t show visible signs of failure.  I replaced them and the cabinet sound worked.  Here’s the board back in the game with the new parts installed.  The new amplifier is right above the blue capacitor. 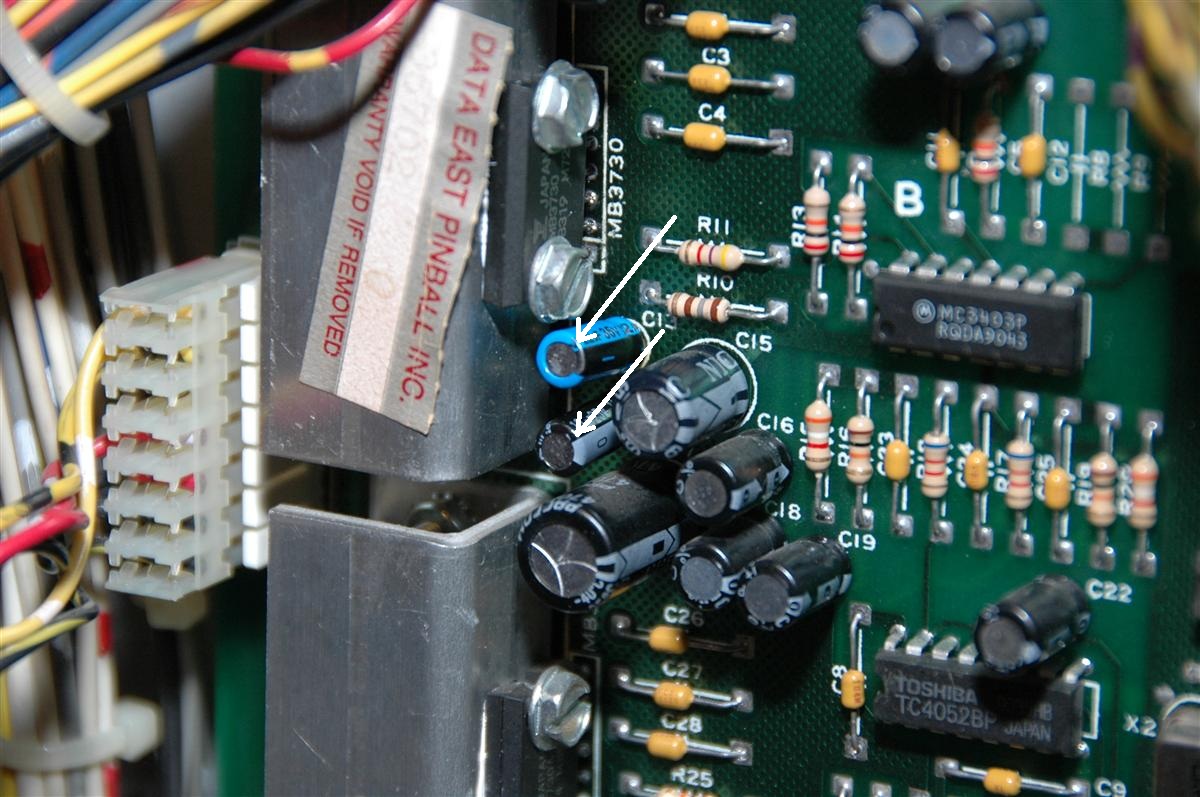