Update:  The individuals have been caught although as of 1/7/15 the games have not been recovered.

Rob Anthony had several games stolen in mid-Missouri.  His post about the theft is here.

Here is what was stolen:
-3 (yes three) Star Wars Episode One. One of which was Home Use Only, bought by me in ’99, with less than 100 plays. The game was immaculate and it kills me that it’s gone.
-Revenge from Mars
-Complete Star Wars Episode One kit, in original box, including PRISM and ROM board.
-2 Space Shuttle
-Gottlieb Gladiators
-various pinball parts, including NOS AFM, SttNG assemblies, R&B backbox character plastics
-not pinball, but worth noting since they’re large boxes and likely with the pins-NIB portable AC/Heater and NIB Craftsman shop/bar stool

These pins were taken from mid-Missouri, near Davisville, within the last couple of weeks. If you see anything turn up anywhere in the country that doesn’t seem right, please let me or the Crawford County Sheriff’s department know.

You can also contact Rob at borygard at gmail dot com 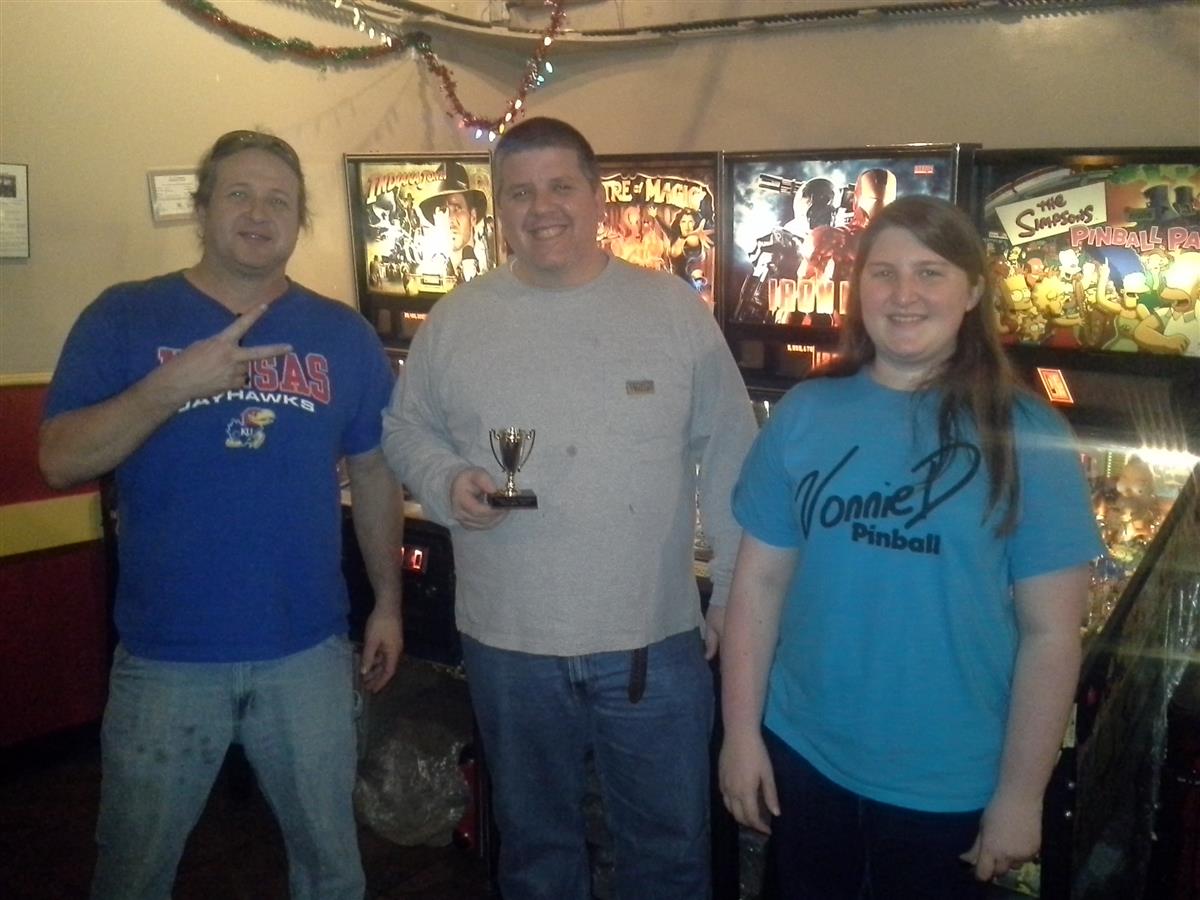 We had 16 players, full results can be found at http://challonge.com/pizza_west_dec_2014